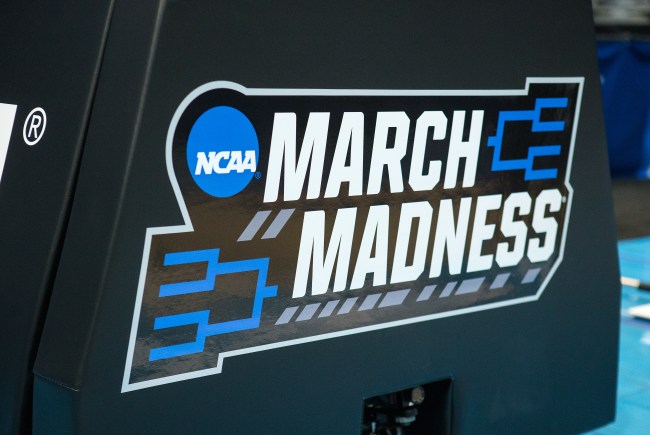 Stop me if you’ve heard this before, but the NCAA is cutting corners to save a dime in its latest Title IX PR nightmare, complete with its own hashtag: #NotNCAAProperty.

Female college basketball players settled into their bubble in San Antonio and their accommodations for the two-week tournament are akin to Andy Dufresne at Shawshank, minus the beautiful library.

Male college ballers appear to be enjoying the high-life in Indianapolis, with access to an expansive weight room and buffet fit for the Klumps.

The uproar began after 6’7” Oregon forward Sedona Prince tweeted out a video calling attention to the disparity, which at the time of this writing has been viewed 4.2 million times.

Let me put it on Twitter too cause this needs the attention pic.twitter.com/t0DWKL2YHR

“We acknowledge that some of the amenities teams would typically have access to have not been as available inside the controlled environment. In part, this is due to the limited space and the original plan was to expand the workout area once additional space was available later in the tournament. However, we want to be responsive to the needs of our participating teams, and we are actively working to enhance existing resources at practice courts, including additional weight training equipment.”

Food and weights was merely a catalyst to revive the conversation around the NCAA, which makes $1 billion annually, and its exploitation of players.

I had to quit D3 college soccer because my best friend and I got paid $150 each to make this video for Puma and in the eyes of the NCAA that made me a professional athlete. #NotNCAAProperty pic.twitter.com/xyvqlqVlGD

The players WILL & should be HEARD / they r sending a LOUD Message – I AGREE with them . Players launch #NotNCAAProperty movement a day before March Madness begins https://t.co/0nIFkohC20

As a walk-on, I pay full tuition each year and yet even I can not profit off of my OWN name, image, and likeness. The NCAA’s rules do not allow me to even start my own basketball camp in my own hometown. #NotNCAAProperty

The NCAA has used the word amateurism to remain one of the most exploitative industries in the entire country. #NotNCAAProperty

It’s been far too long. Time for our voices to be heard. #NotNCAAProperty

A student can write a book and profit off of it but Jordan and I can’t profit off of our podcast? The time for change is NOW #NotNCAAProperty

If you been in involved in basketball at all the last 6 or 7 years then you’ve heard of #jellyfam. Million dollar idea that took off within the basketball community. But the creators were left with nothing. #NotNCAAProperty https://t.co/CkdrdFmUlD