Teams To Root For (And Gamble On!) In The Women’s World Cup Other Than The USWNT 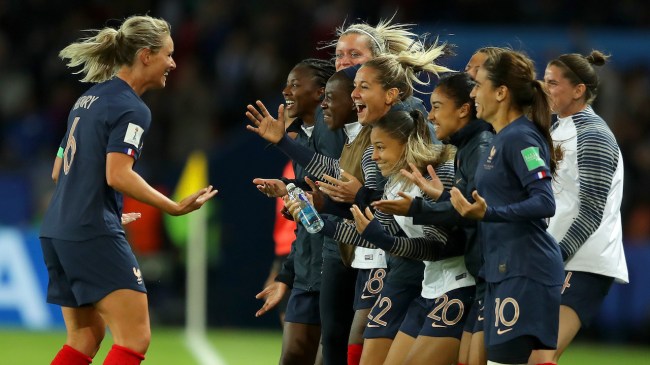 As the NBA Finals and Stanley Cup Playoffs come to a close, sports fans across the country are all now facing the same question: what the hell do I watch now?

With almost three months to go until the start of the NFL season, mid-June through early September is — except for the hardcore baseball fans out there — the dead zone of the yearly sports calendar.

No football, no basketball, and no hockey (no club soccer, either), the summer months can be difficult to get through for any sports fan who doesn’t necessarily feel the need to watch 182 baseball games throughout the year.

However, luckily for us, this summer is a World Cup summer, and not only is the United States actually in the damn thing, they’re the favorite.

But given that the fantastic United States Women’s National Team only plays every few days, in order to really be able to enjoy the tournament day in and day out, you need other teams to have some sort of rooting interest in.

So, whether you love a good underdog story or just want to make some easy money, here are the best teams to root for and gamble on at this year’s Women’s World Cup.

Their team, which was so criminally underfunded that the program was nonexistent, was saved by Bob Marley’s daughter Cedella. Their goalie, Sydney Schneider, is just a regular American chick from Jersey who goes to school at University of North Carolina Wilmington. Some of their staff remains unpaid at the time of this writing. They are the lowest ranked team at the World Cup.

If there is a team to blindly root for at the World Cup, it’s Jamaica.

Our ever-friendly neighbors, there’s no shame in rooting for the Canucks to bring some footballing glory to North America.

Similar to that drunk Uncle at Christmas, Australia is just fun to have around. And not only are they fun, but they’re also actually pretty damn good, as their currently the sixth-ranked team in the world.

While France may be fourth in the FIFA Rankings, they were the second biggest favorites heading into the tournament (other than the US of fuckin’ A, baby) and for good reason.

Easily one of the most talented teams in the tournament, the French also boast an almost unguardable weapon in centerback Wendie Renard, who towers over her competitors at 6’2″.

While the Italians went into the tournament as somewhat of an unknown entity (currently ranked 15th in the FIFA World Rankings), the Italians opened their World Cup with a buzzer-beating upset win over Australia.

Combine that early, impressive win with the footballing pedigree of Italy, and you have a team that can surprise some people.

I’ll put this simply: Brazil has got the sauce and are a blast to watch, so may as well toss a little money on them.