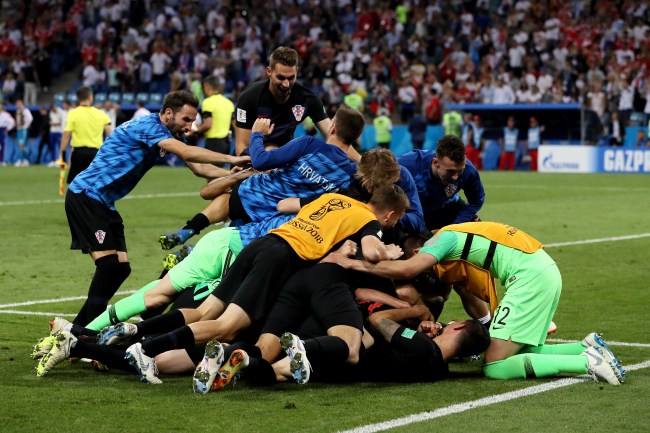 As I sit in a crowded Brooklyn bar on 10 am on a Saturday and get blind drunk under the guise of World Cup fever, I turn to my drunk brethren wearing a jersey with a name on the back I cannot pronounce: “How much do these footballers get paid for this?” Soccer fans love when you call soccer football, it gives them power when you bend to their semantics.

“No idea, mate,” he says to me, and I order another mind eraser.

Well, thanks to a little investigative journalism by yours truly, I now have the answer.

As Sports Illustrated reports, the 2018 World Cup champion team will receive $38 million from a prize fund FIFA has increased by 12 percent to $400 million. Total World Cup prize money is going to be $791 million, with the excess $391 will be allotted to the “preparation, as a benefit to the players’ parent clubs and as compensation to clubs that lose players due to injury at the tournament,” Forbes reports.

FIFA said Friday that each of the 32 competing national federations in Russia will get at least $8 million, the same as in 2014 when the overall prize fund was $358 million.

Three years ago, World Cup champion Germany received $35 million and runner-up Argentina got $25 million. Next year, the runner-up will also get a $3 million increase to $28 million.

France, England, Belgium, Croatia will all be taking home a sizable piece of the pie. I will make sure to mention this to the next stranger I meet at a bar while I’m domestically abusing my liver.