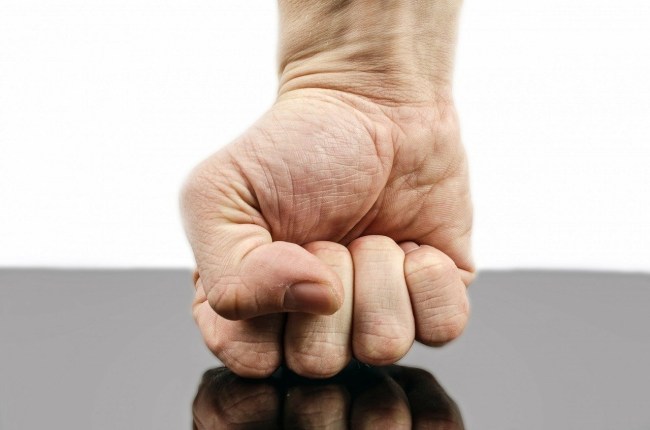 Pavel Trusov punched his way into the Guinness World Record books by breaking the record for the most full extension punches in one minute. The 25-year-old from Bratislava has been practicing Martial Arts since he was just 6-years-old, competed in ‘countless kickboxing tournaments’, and all of this has prepared him for this moment.

According to the Guinness World Records announcement, Pavel trained for six months specifically for this record. He focused on increasing muscle stamina and overall stamina by hammering interval work with a training technique that was a fusion between CrossFit and Power Lifting.

When it came time to break the world record, Pavel Trusove was able to fire off 322 full extension punches in just 60 seconds and all I can think about is being this dude’s little brother and getting held down on the couch and beaten relentlessly for refusing to give up the TV controller.

Check out this dude in action while breaking the Guinness World Record with more details on his training below:

I’m not even exaggerating the slightest when I say that my arms are tired just from watching that go down. I am sore from just watching a YouTube video. That’s where I’m at right now.

Guinness World Records asked him about his preparation for this, here’s what he had to say:

His training technique was rooted primarily in cross-fit and power-lifting. Accessory workouts were also needed to support healthy joints and ligaments.

“[The training] was definitely not easy” Pavel explains. “It was during this training that I learned what incredible muscle pain is. But motivation and family support is the best motivational medicine.”

On the day of the attempt, many people came to witness Pavel’s achievement, including his students. He said he felt their energy and “realized that when you have your sports family next to you who believes in you, there can be no problems.”

We asked if there’s anyone in particular who inspires him in this discipline and he explained that every fighter who enters the ring and is ready to fight for the title inspires him and earns his respect. For this record in particular, his parents were his main inspiration: “my parents are the strongest fighters for me.”
(via)

Over on his Instagram, there are a bunch of clips of him in action/training.

He’s a kickboxer by trade and is always trying to become faster which has obviously led him down this path to setting a new Guinness World Record for the most punches thrown in 60 seconds. He’s also a kickboxing coach in his native Slovakia.

I don’t have any plans to time out how many full extension punches I can throw in 60 seconds to see where I’d stack up to this new Guinness World Record but I like to think I’d be able to rattle off at least 50% of his numbers with minimal training.