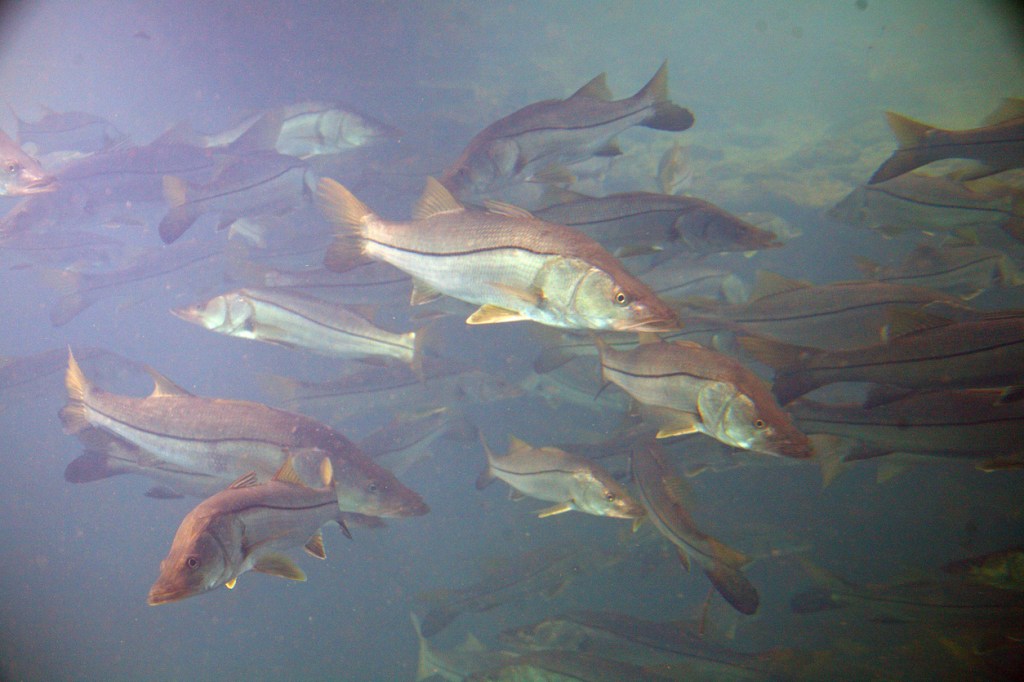 I have probably caught more snook in my lifetime than any other species of fish. I was born and raised in Southwest Florida where snook fishing is a year-round activity. Sunrise fishing off the beach, in the mangroves, canals, night fishing, live bait, artificials, fly fishing, we’d do it all. Never have I caught a snook even close in size to this new world record fish caught in Cabo.

Cabo fishing guide Wesley Brough told himself he was going to take one last cast. We’ve all been there. Telling ourselves ‘just one more’ and then we take five more casts in hopes of feeling something tug on the line. Sometimes it ends with walking away empty-handed and other times you get that one last fish as a nice stamp on a successful day.

Wesley Brough (@cabosurfcaster) was fishing for Roosterfish from the beach in Cabo. It’s not often that they catch big Snook from the beach but it’s not unheard of. He told For The Win they were ready to pack it up when they spotted “mullet flying out of the water and decided on a last cast.” It only took him “about six minutes” to reel in the record fish that smashed the previous world record for Pacific White Snook.

Look at this beast of a fish. If I saw this on Facebook I’d think that some Florida angler photoshopped their snook but this is legit and now it’s a pending IGFA world record:

There are actually 12 subspecies of snook. The Common Snook is the species that is caught all throughout Florida. The six Atalantic species are the Common Snook, Fat Snook, Guianan snook, Mexican Snook, Swordspine Snook, and the Tarpon Snook.

And in the Pacific there are six more subspecies of snook. Those include the Armed Snook, Black Snook, White Snook, Union Snook, Blackfin Snook, and Yellowfin Snook.

The previous (and current) world record for Pacific White Snook is a fish that weighed 47lb 8oz and was caught in Cabo San Lucas on July 4, 2001. This new pending IGFA world record was weighed on a certified scale and clocked in at 51 pounds, 4.8 ounces, which would demolish the existing world record once this new one is certified.

For context, the IGFA Fishing World Record for the Common Snook is 53 pounds 10 ounces. That fish was caught in Parismina Ranch, Costa Rica in 1978. The Black Snook is believed to generally be the largest species of snook in terms of most fishing getting big and fat.

What’s interesting is the captain told For The Win he would’ve released the fish had it not been for how he hooked it. The pending world record snook was hooked deep down its throat and would’ve died if it was released so he kept it and measured it. Now he’s sitting on a pending fishing world record which is always great for bringing in new charters.