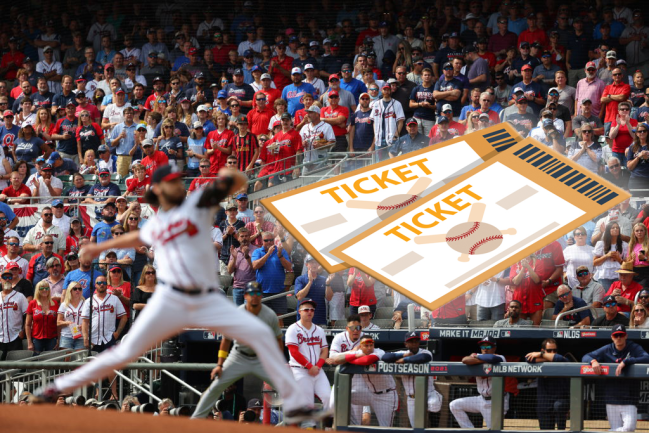 The Braves are playing in their first World Series since 1999 and fans are eager to root on their team. With Game 1 getting underway on Tuesday night in Houston, tickets for Friday’s Game 3 at Truist Park  already selling for astronomical prices.

For Atlanta fans who are making the trip to Houston for Games 1 and 2, the lest expensive ticket on secondary-market sites is selling for $350 as of 3:00pm ET on Tuesday. That is not even remotely the case for Friday.

As of the same time on Tuesday afternoon, the lowest ticket price on StubHub for Game 3 is selling for $945. And get this — it’s standing room only. 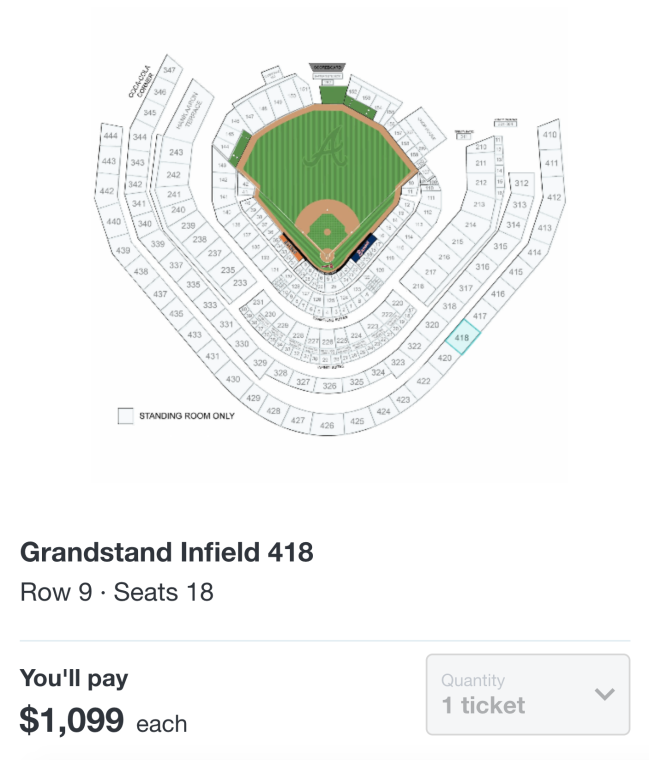 On SeatGeek, the cheapest ticket will cost about the same, and the fan will be sitting in the upper level above the left-field corner.

As for Ticketmaster, the process is even more insane. Demand is so high that, to purchase a ticket, fans must join a queue and sit in a waiting room until they become available. 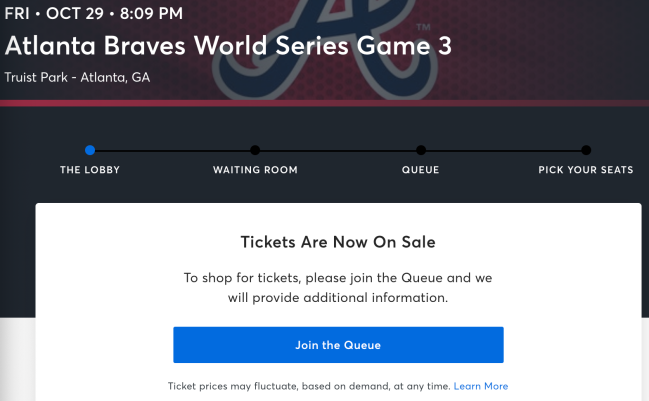 As for the best seats, on StubHub, the closest seat to home plate is selling for $12,249. It is Row 1 in the ‘Sun Trust Club’ and sits fans on the Braves dugout side just toward the right of the batter’s box. 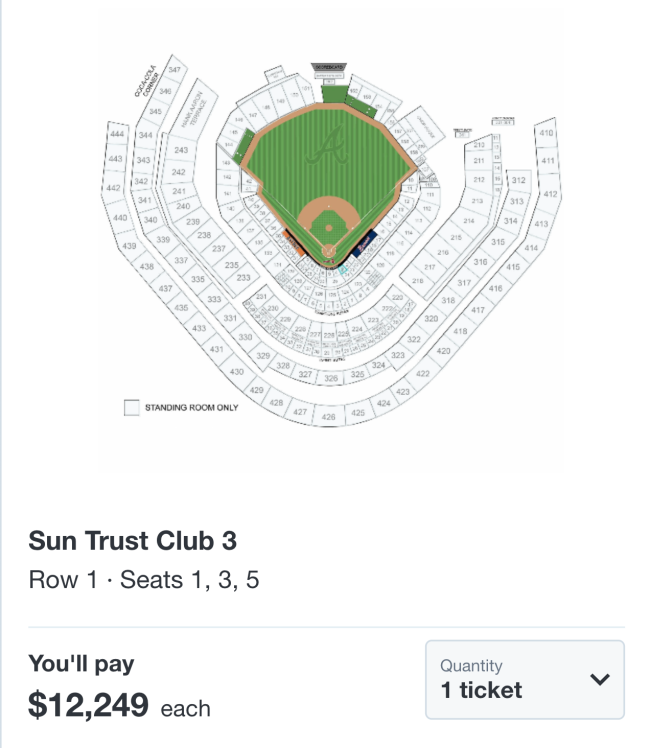 And, surprisingly, that is not the most expensive seat in the stadium. 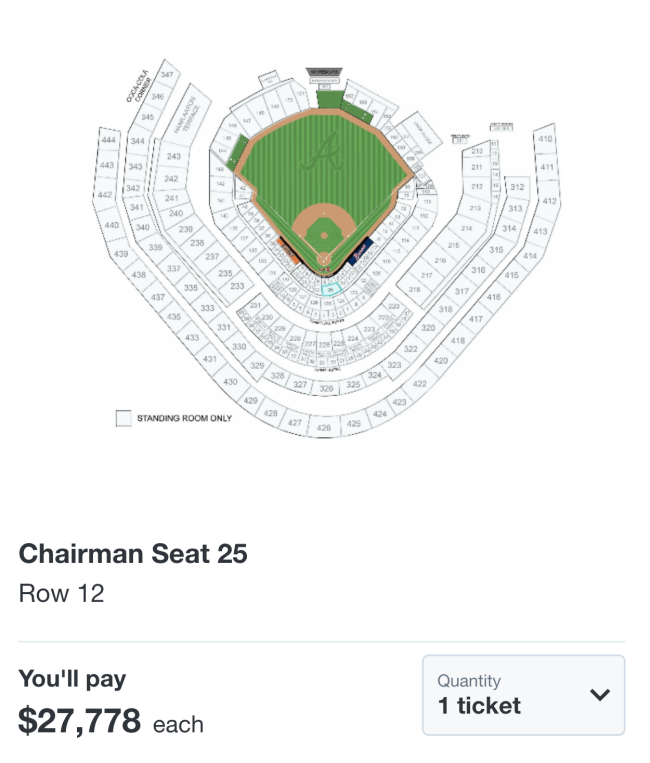 The secondary market is always going to cost more than the initial sale prices. In this instance, the “Truist Club” seats cost $880 for season-ticket holders, which is nearly $11,000 less than what they are going for on StubHub and the “Chairman” seats cost $620.

To make this even crazier, the first pitch of the first game has yet to be thrown. For all the Braves fans know, they could be purchasing $27,000 tickets to see their team try and battle back from a 2-0 deficit.

Tickets for Games 4 and 5, scheduled for Truist Park on Saturday and Sunday, start at $920 and $799, respectively, as of Tuesday afternoon.

Braves fans who are trying to attend one or all of the games are sick over the prices. Take a look:

1000% jump on ticket prices?? @braves it’s ridiculous I’ll never be able to see a World Series game in person for the price of a damn house payment

I'll never stop saying it: when you compare Disney to sports or concerts, it isn't as expensive as everyone thinks.

Good Lord. The Braves are price gauging with these World Series tickets. They’re really trying to capitalize on Freddie Freeman’s last days as an Atlanta Brave.