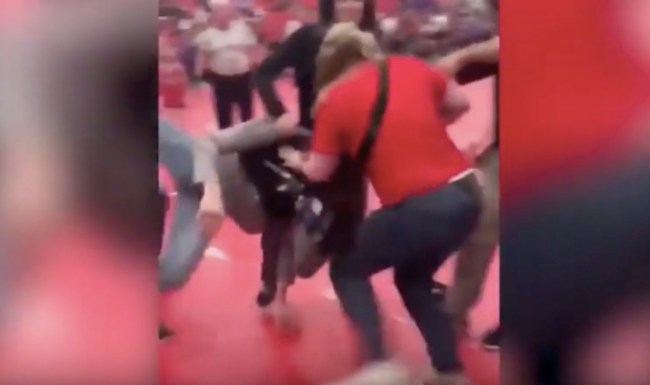 Wisconsin has a reputation for being home to some of the most neighborly people in America. A great example of this was Marshal Erikson on How I Met Your Mother. I’m sure there are others but I slept for approximately 15 minutes last night so the names of wholesome Wisconsinites are escaping me.

A recent youth wrestling tournament in Kimberly, Wisconsin went way more Randy Marsh and ‘Bat Dad’ than Marshall Eriksen when chaos erupted and the parents held their own royal rumble. Three parents were cited for disorderly conduct and two were also cited for battery according to Post-Crescent.

Someone with a cellphone running managed to capture the moment when shit hit the fan. It appears to have been an argument that was simmering for a few minutes but erupted into fisticuffs when someone dropped a “shut the fuck up” which sent bodies flying in every direction and seems to have ended with one dad being carried away by his leg.

According to Deadspin, witnesses told police that tension was built when one son was slamming the other son on the mat. There were allegedly some reported exchanges of a kid being called a ‘fucking crybaby’.

This all sounds like something that would be likely to go down in Florida but even as I say that I’m thinking back to every sports meet I had growing up in the Sunshine State and I can’t recall a single time the parents got into a brawl in the stands.