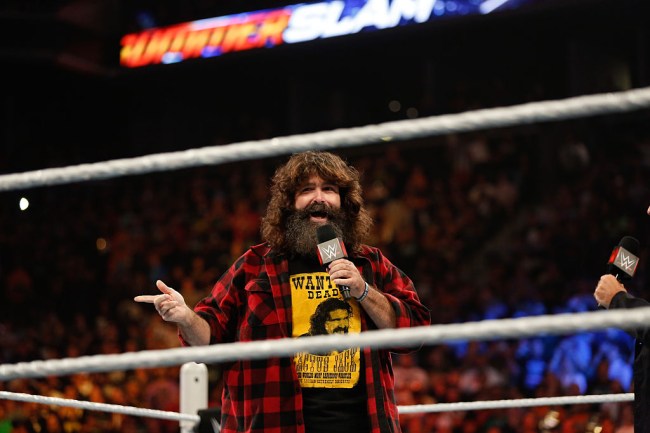 Back in the WWE’s heyday in the 90’s, wrestler Mick Foley was one of their biggest stars. He went by many times throughout his wrasslin’ career including Dude Love, Cactus Jack, and Mankind. Regardless of the name and persona that Mick Foley was wrestling under, his style of wrestling remained the same, and that style typically involved Mike getting beaten and bloodied.

He took some of the most memorably bloody beatings in WWE history, and at 51-years-young Mick Foley’s is showing signs of someone much older than his age because of those beatings in the ring. He recently underwent surgery for a hip replacement, and Mick took to Facebook just 5 days after that surgery to share a photograph of his gnarly ass scar.

It is a pretty gross scar, so if you don’t do well with scars you might want to head out of here before looking at this:

I think it’s safe to assume that neither Mick Foley, Dude Love, Cactus Jack, or Mankind will be making an appearance at Summer Slam this year, right?

Let’s now look back at how insane he once was: