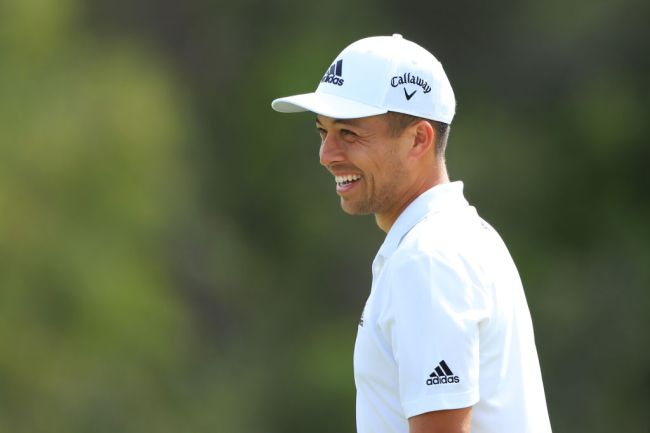 Phil Mickelson is notorious for playing in some money games in his spare time on the golf course. Whether it be in a practice round ahead of a tournament or a random afternoon when he’s not teeing it up in an event, lefty enjoys playing for some cheddar.

It’s not often you hear about anyone getting the best of Mickelson in a money game, but Xander Schauffele did and did so in style.

Mickelson had mentioned last week during a press conference that he and Schauffele played quite a few matches against each other during quarantine. While Mickelson didn’t go into too much detail, a reporter asked Schauffele about the matches ahead of this week’s Memorial Tournament and he detailed the final few holes of the match, including his hole-in-one after Mickelson had just pressed the bet.

“[Mickelson] tried to quick trigger it. He pressed. And the walk back to the 16th tee is like 80 yards or a hundred yards or so and we were jawing each other on the 15th green. I won the hole, he pressed, and then he quickly went back to the tee to tee off and it’s one of the harder par-3s on the course,” Schauffele began.

“And he kind of wasn’t supposed to hit first and of course he hits first and hits it to four feet or so. I’m letting him know that I could make him re-hit, since it’s match play, but since he was getting his butt kicked, I figured I would let him hit it to four feet and not make him re-hit. But it was just funny. I wasn’t really a guy to make too many hole-in-ones and I kind of pulled a 6-iron toward the water a little bit, fell right in line with the pin and then trickled in. And Phil just sat — there’s a little mound behind the tee box — and he just sat there like this, looking down at the ground, shaking his head, he just didn’t really know what to do with himself. So I found that pretty entertaining.”

Not only was Schauffele already dominating Mickelson in their match, he casually steps up and jars one after the press and Mickelson sticking one inside five feet? Talk about a phenomenal gambling story.