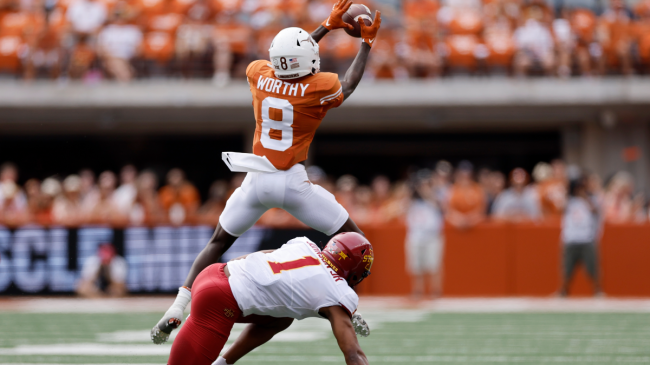 The transfer portal has thrown a huge change into NCAA athletics. While it can be beneficial to both programs and players, it’s also given college football a form of unrestricted free agency. And as many have said in the past, the NCAA’s lack of control, particularly following the introduction of NIL, has turned major college sports into the Wild, Wild West.

In past seasons, recruiting was limited to high school prospects, and maybe the occasional JUCO transfer. With limitations on the ability of players to move freely between programs, once a prospect signed on that dotted line, they were locked in to spend the next three to four years on campus.

Over the last few years, the NCAA lifted rules stating that players must sit out a season after leaving a school. It’s caused a significant uptick in transfers across the country. According to a report from 247 Sports, a record number of more than 2,500 players entered their names into the portal this past year. Of those transfers, the NCAA states that over 2,000 found a new home.

That number is only expected to continue growing.

Now, there are positives. Players can find playing opportunities, particularly graduate transfers late in their careers. It also gives players a chance to move on to another program should their previous coaching staff fall apart or should unforeseen circumstances force a player to return closer to home.

But the downside of the transfer portal has reared its ugly head. Tampering persists, with programs reaching out to players that haven’t announced a decision to leave their current teams.

USC’s Lincoln Riley found himself at the center of that controversy this past offseason following his move from Oklahoma to Southern Cal. Not only did he take with him a number of high-profile Sooner players, most notably QB Caleb Williams, but he was accused of poaching Biletnikoff award winning wide receiver Jordan Addison from Pitt.

Despite the accusations, Addison did in fact wind up in LA, and now similar rumors are circulating surrounding another prominent pass catcher.

Xavier Worthy is reportedly eyeing a move to USC.

🚨DEVELOPING RUMOR 🚨
Sources tell MBG that rumors have Xavier Worthy transferring from #Texas to #USC in the near future. #FightOn pic.twitter.com/7RPVywGFGe

Message boards have begun to produce rumors of potential move to the West Coast for Xavier Worthy, and should he land at USC, he’d give Riley yet another potent weapon.

Over two seasons with the Texas Longhorns, he’s hauled in over 100 catches for 1,565 yards and 21 scores. But many are saying he’s grown unhappy in Austin, whether that be with his usage in Steve Sarkisian’s offensive system or his frustrations with new quarterback Quinn Ewers.

247 Sports’ USC Football site recently weighed in on the insinuation that Xavier Worthy could be on the move, as well as the ramifications of tampering with Lincoln Riley.

“There has been some smoke about [Xavier Worthy] possibly transferring out of Texas, it’s something that started on the Longhorns’ 247 Sports board… Naturally, when there’s smoke, there’s usually some sort of fire.

“Texas is going to do a lot to try and retain these players… but from an offensive fit, if you’re looking at the schools that he might transfer to, USC would obviously be at the top of the list.”

The podcast dives deep on how these processes often begin long before a top player enters his name into the portal. The hosts talk about behind the scenes work, and how a player might privately voice unhappiness in his current role, which in turn, gets around to another program through friends, family, and boosters. NIL money now allows those programs to secure deals for potential prospects before they even arrive to campus, which is what got Riley into hot water with Addison last offseason.

Essentially, the hosts admit that tampering is prominent, giving reason to why players often know where they want to go quickly after officially entering the portal. It’s something that 247 Sports recruiting director Steve Wiltfong echoed earlier this week on Twitter.

Some elite players expected in portal with destinations on where they’ll land also already being planned. If you’re not backdoor recruiting the portal, you could never get a swing on a big-time player going in.

That’s just the brutal reality of where college sports have gone. Riley and the USC Trojans seem to be on the forefront of these behind-the-scenes dealings, and it might help them land yet another weapon in Xavier Worthy.