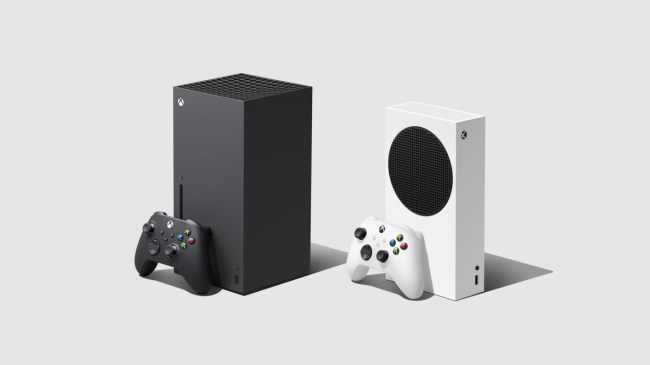 On Wednesday, Microsoft announced its pre-order date with a tweet that trolled Sony’s pre-order problems with a promise to release the exact time they were going to accept pre-orders.

Microsoft kept their promise and provided the exact time pre-orders for the Xbox Series X and Series S will be available and which retailers will carry them.

🎮 It's all finally happening

Here are retailers that will carry pre-orders.

Beginning on September 22, you’ll be able to pre-order Xbox Series X and Xbox Series S online at the following retailers:

Across Europe, the Middle East, and Africa, you can pre-order online starting at 9AM CEST at Microsoft Store, Amazon, MediaMarkt, GameStop, FNAC, Elkjøp/Elgiganten, and other participating retailers. Retailers and availability may differ by country.

These are the retail stores that will accept pre-orders via Xbox All Access program that will allow you to purchase an XBOX via a monthly fee that includes XBOX Game Pass instead of paying full price upfront.

Pre-order is also available via the Xbox All Access program. Xbox All Access is your all-inclusive pass to Xbox where you can get the next-gen Xbox console of your choice plus 24 months of Xbox Game Pass Ultimate, with over 100 high-quality games and soon an EA Play membership, from $24.99 a month for 24 months with no upfront cost. As with our standalone console purchasing, you’ll be able to pre-order Xbox All Access starting on September 22, aligned with regional start times at the following retailers: