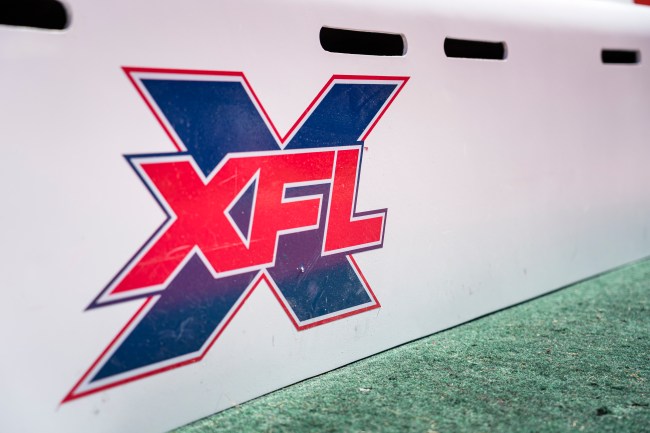 It seems like the XFL is the latest sports league to bow out due to the coronavirus.

According Mike Florio of Pro Football Talk the XFL has informer their players that the league would be suspending play for the foreseeable future.

Multiple sources tell PFT that the league has informed its players that it is suspending play.

The league will attempt to play at least the championship game in a few weeks, one source added.

The league has played five weeks of a 10-week schedule.

The postseason schedule has semifinal games on April 18-19 with the final in Houston on April 26.

As of now the XFL has yet to make an official announcement but the sentiment among journalists is that games will not be played for awhile.

Hearing the same thing on the XFL, via multiple sources. https://t.co/uxLhucBZiz

Cannot individually confirm yet that the XFL has suspended play, but I can say that would be more in line with the vibe that I got this afternoon, not outright cancellation. But, again, nothing official.

That's *suspend,* not cancel, and details are still sparse pending official word from league. So they could be holding out hope to start up again. But there's only 5 regular season weeks left including this one, so it gets tough.

Update: The XFL has made it official.

Tough blow for the XFL if they’re forced to suspend play in their inaugural season.