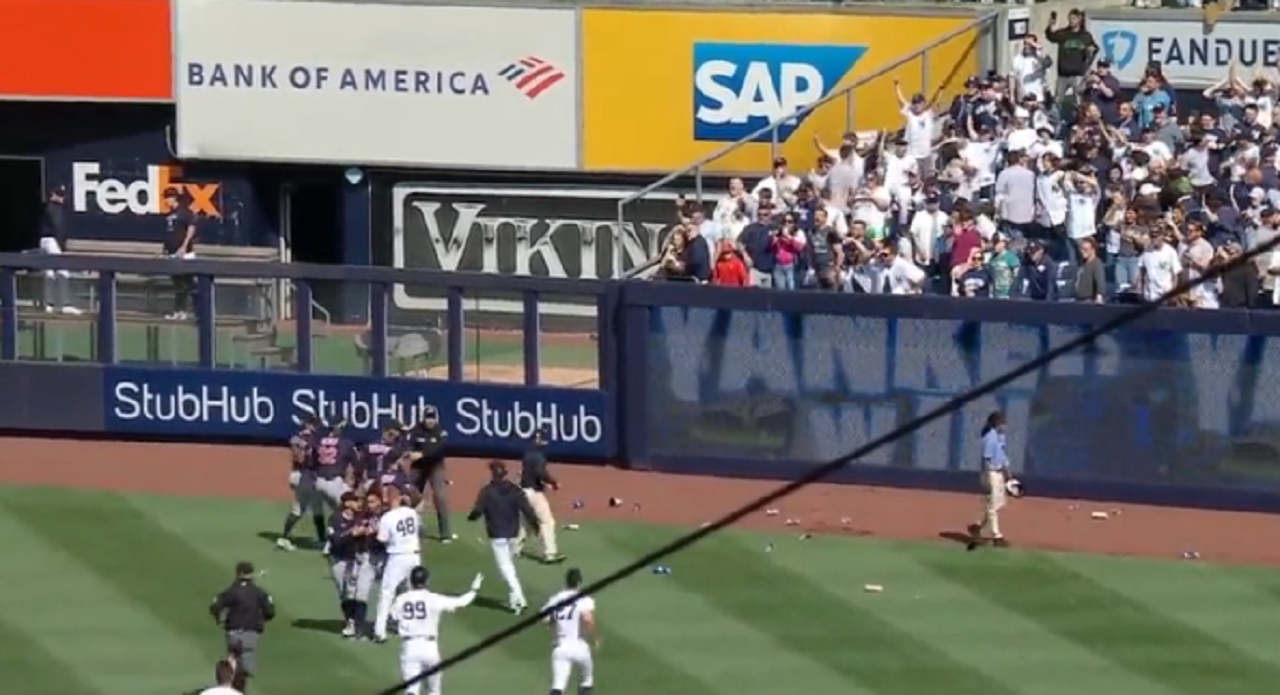 Cleveland Guardians’ Myles Straw got into a heated beef with Yankees fans on Saturday afternoon, resulting in an ugly scene after the game.

In the bottom of the ninth, Straw climbed the fence to confront some Yankees fans. The fans were apparently talking trash to Steven Kwan, who had crashed into the wall and had to get checked on by medical personnel.

Seems like the fans were talking shit to Kwan who had just slammed into the wall attempting to make a catch. He was being seen by the training staff pic.twitter.com/3AXaaoz1ke

After the Yankees’ walk-off hit in the 9th, fans began throwing beer bottles at Guardians’ outfielders. Yankees players had to walk to the outfield to beg fans to stop throwing trash on the field.

Way to ruin the moment. I know my Yankee friends don't accept them. pic.twitter.com/0ZxAGeCXYg