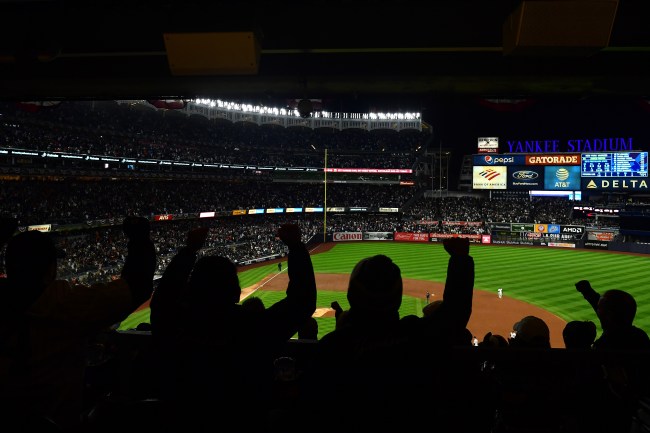 Yankees fans have been widely criticized this offseason for their crude behavior towards Astros fans and players.

During game 4 of the ALCS a Yankees fan was ejected from the game for mocking Astros pitcher Zack Grienke’s battle with anxiety and depression.

One fan reportedly was ejected from the Stadium before Game 4 of the ALCS after taunting Astros starter Zack Greinke over his battles with depression and social anxiety disorder, which the 35-year-old Greinke was diagnosed with in 2006.

The man was escorted out by police as Greinke warmed up in the bullpen, according to NJ.com. According to the report, he was just one of the fans taking shots at Greinke over his depression issues

In game 5, a video showed a group of Astros fans being escorted out of their seats by security because Yankees fans kept throwing beer and popcorn at them.

Now we have another video of Yankees fan berating an Astros fan minding his own business peeing at a Urinal.

Is there a more classy fan base than the Yankees? pic.twitter.com/fo61cga5Zm

Thankfully the Yankees were eliminated last night and we don’t have to deal with their fans any more.