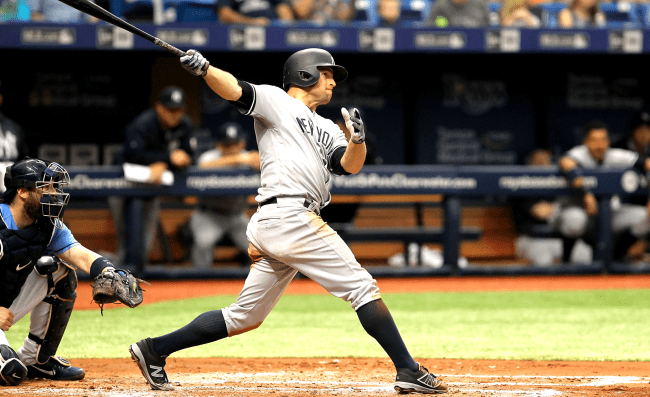 Back in 2019, the Houston Astros were found guilty of illegally stealing signs and cheating their way to a World Series title in 2017.

The Boston Red Sox were also implicated in their own sign stealing scandal that year – illegally using their video replay room in 2018, the year they won the World Series – but that went largely unnoticed by many, for some reason.

Another tidbit related to illegal sign-stealing also went largely unnoticed around that time and it was centered on the New York Yankees.

Back then, one player reported that he and others used the video replay room while they were with the Yankees as far back as 2015.

In June of 2020, a federal judge said he planned to unseal a letter allegedly proving that the New York Yankees engaged in a “more serious, sign-stealing scheme” than MLB revealed publicly.

The Yankees stated that they wanted the letter to remain sealed because it would “cause significant damage to the team’s reputation” and it did.

That, however, may be about to change.

On Monday, Judge Debra Ann Livingston of the U.S. Appeals Court of the Second Circuit ruled that the letter should now be unsealed.

In the opinion, the court also upheld the dismissal of a $5-million lawsuit DraftKings player Kristopher Olson filed with more than 100 other plaintiffs against MLB, the Houston Astros and the Boston Red Sox over the illegal sign-stealing scandal that rocked the sport over the winter of 2019-2020.

A U.S. District Court judge had initially ordered the release of the letter, but the Yankees argued against it. It took the appeals court more than a year to rule against the team.

Major League Baseball and the New York Yankees have yet to comment on the court’s ruling, but baseball fans certainly have not held back.

Can we finally get rid of Manfred over this?

Lots of replies seems to miss the point. It’s not about NY behavior. It’s that MLB covered it up for NY.

That’s the crime. Lots of us from other teams have felt the bias for decades.

Of that, there is little doubt.