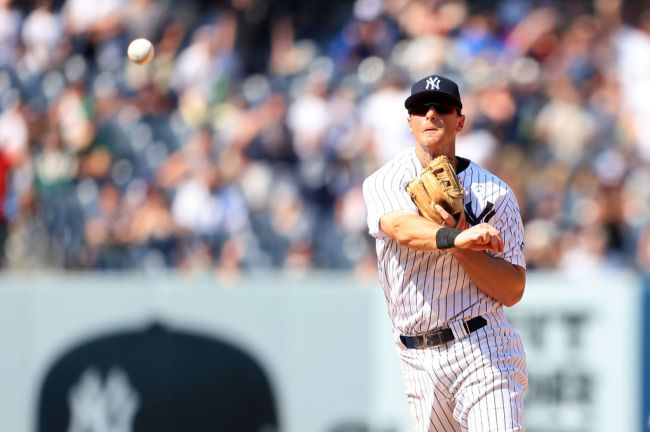 Don’t look now but the Yankees are on fire. New York has won five of its last six games and can’t stop turning triple plays. During the team’s series finale against Oakland on Sunday, Aroldis Champan came in to try and close out a 2-1 win.

Things didn’t look great at first. Chapman was dealing with a fingernail issue and walked the first two batters of the inning. After going behind 1-0 to Sean Murphy, Chapman threw his sinker and got a ground ball to the left side.

Gio Urshela stepped on third, threw over to second and beat the runner to the bag for out number two and D.J. LaMahieu fired a missile to first for the game-winning triple play.

It was the third triple play of the season for the Yankees and came just three days after they made history. In the first inning of the team’s series against Toronto, New York turned the first-ever 1-3-6-2-5-6 triple play in MLB history. The Blue Jays base runners were flummoxed and it resulted in three outs on one swing.

No team since the 2016 White Sox has turned three triple plays in a season, until now. Don’t let the Yankees get hot!