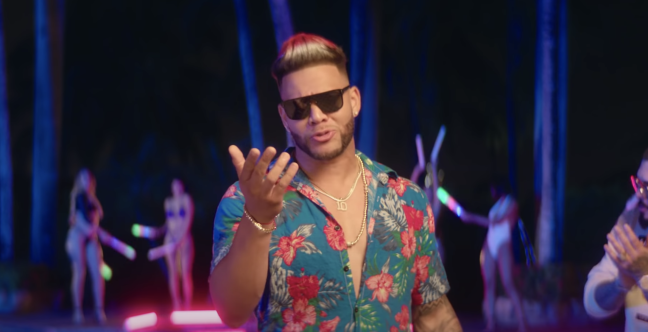 Yoan Moncada has yet to report to Spring Training, but he already has a hit in 2021. The 25-year-old White Sox third baseman released the music video for his debut single “Desastre Personal” on Wednesday as his pitcher and catcher teammates arrived in Arizona to start preparing for the MLB season.

Cuban recording artists El Chacal and Lenier joined the rising baseball star on the track, which ranked 25th on the Billboard tropical charts in January. It’s one of more than a dozen songs that Moncada worked on during the offseason and came together after Lenier saw him singing one of his songs and reached out.

“It started out as a hobby, meaning I always loved to sing at home,” Moncada said. “But one day, I published a song on Instagram singing one of Lenier’s songs, a Cuban singer, and he responded to me! We talked about getting together for a song when I was in Miami, that opened the door for me. That’s how I got my first song.”

In Cuba, reggaetón music came to incorporate elements of traditional Cuban music, leading to the hybrid Cubatón. The island’s music has plenty of horns and drums, which are at the forefront of Moncada’s first single. It’s a pretty standard love song about how losing his girl would be his ‘disastre personal’ and how he would go crazy without her.

The song is very catchy and the music video brings serious Caribbean vibes as Moncada sports a flashy haircut and an amazing Hawaiian shirt with matching shorts. Or.. maybe… is it a romper?

Either way, the only question left to ask is whether Moncada will walk-up to his own song during the 2021 season. He will try to improve on a down year in 2020 where he .225 with six home runs, 24 RBIs and a high number of strikeouts in 52 games.

Moncada is not the only baseball player to enter the music world. Here are some other former Major Leaguers who have released music over the years— some better than others:

Bernie Williams was nominated for a Latin Grammy so he is objectively the best of the bunch, but we want to know your favorite baseball-playing musician. Let us know in the comments!