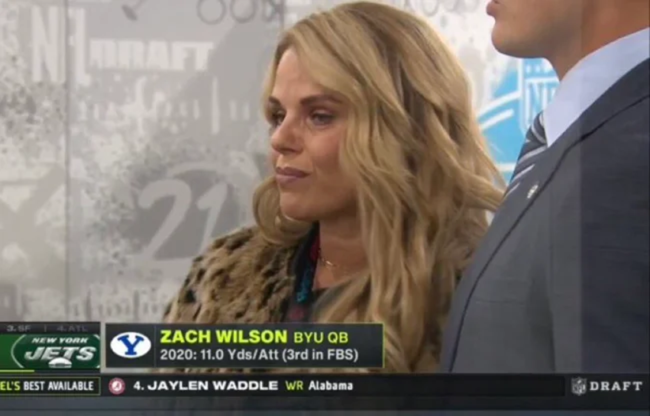 Lisa Wilson’s social media is a platform for the NFL quarterback’s mother to spread positivity and kindness. She won’t stand for bullies and if you aren’t nice to her online, she will expose you— as she has many times before.

Over the past few days, amidst what appears to be a wild off-field accusation about her son Zach Wilson by his ex-girlfriend who now appears to be dating the former No. 2 overall pick’s college best friend and roommate, Lisa has gained quite a few followers on Instagram. Many of them likely hopped on the extremely entertaining content train after the accusation against Zach went crazy online.

Lisa welcomed them to their profile with a warning.

Internet safety and protocol is something that Lisa Wilson is extremely passionate about. She has seen the dangers of the internet first-hand through her own children and often speaks out against social media. Meanwhile, she uses her own account and her own voice to try and bring light to a world that can often be dark and negative.

And if you are not kind to her, Lisa is more than willing to put you on blast— as she did on Monday night.

One of her new followers reached out to her via Direct Message and did not have anything nice to say. Lisa proceeded to share his message on her Instagram story. 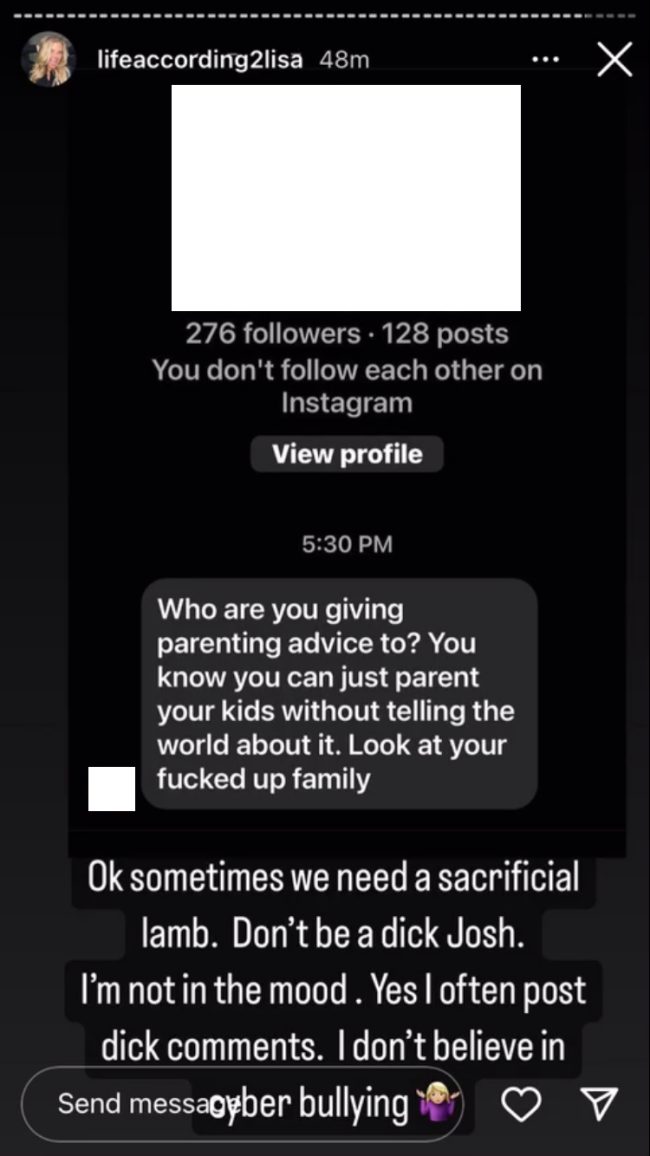 From there, Lisa Wilson issued a warning.

She says that if you’re willing to type something and send it out into the universe, then you should be prepared for the repercussions and she is fully prepared to take your private message to the public.

Don’t come for Lisa Wilson unless you are prepared for her to expose you to the world. Or, at the very least, her 106,000 Instagram followers.