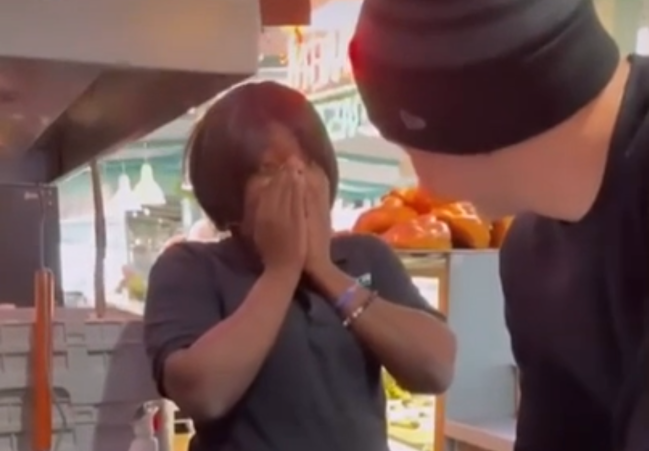 The Jets hosted the Panthers on Sunday, which meant that New York quarterback Zach Wilson was unable to go home for Christmas. That didn’t stop him from spreading holiday cheer with an incredible surprise for his Christmas dinner waitress.

The Wilson family is from Draper, Utah, just outside of Salt Lake City. His mother, father and five siblings all live in the Beehive State, but they didn’t want Zach to be alone on Christmas.

To celebrate the holiday together, all seven of the Utah-based Wilsons packed up McAllister style and flew across the country to New York. Well, New Jersey.

On Christmas morning, the family got together for breakfast at the Ritz Diner. Someone caught wind that Zach was in the restaurant and told the staff.

After finding out that the Jets quarterback was dining at the Ritz, one of the waitresses came out to talk to him. Her son is a big Jets fan and Zach was willing to FaceTime with him at the table. It made his day, and on Christmas, no less.

However, Zach was not done there.

After finishing up the meal, he made his way back to the kitchen and found his Jets fan friend. In a true act of Christmas giving, he surprised her with tickets to Sunday’s game against the Jaguars. She couldn’t believe that it was real, as she was overcome with emotion and gave him a big hug.

It was an awesome Christmas moment and there was hardly a dry eye in the room. 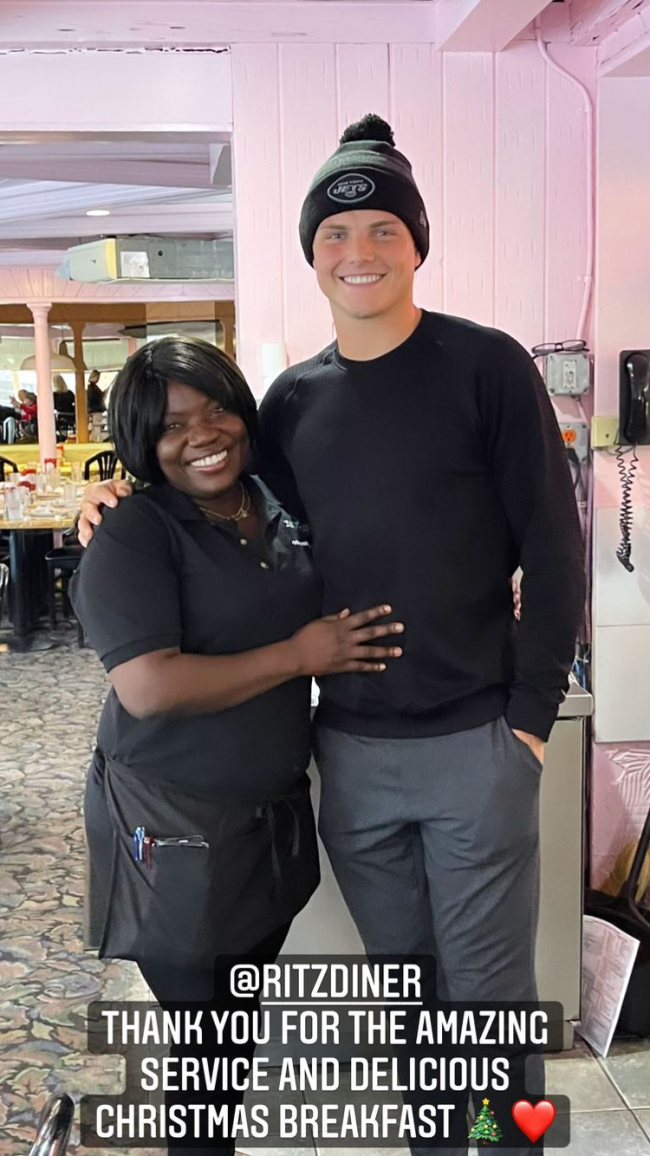 And to make things even better, New York beat Jacksonville to earn its fourth win of the season with the waitress and her family in attendance. He spoke about what the gesture meant to him after the game:

"I just thought it was a good opportunity to make someone happy." 💚@ZachWilson on him gifting tickets to a fan on Christmas pic.twitter.com/B4OC4CbaKW