Zach Wilson Got A Great Gift For His Offensive Linemen, But It Probably Didn’t Cost Him A Penny 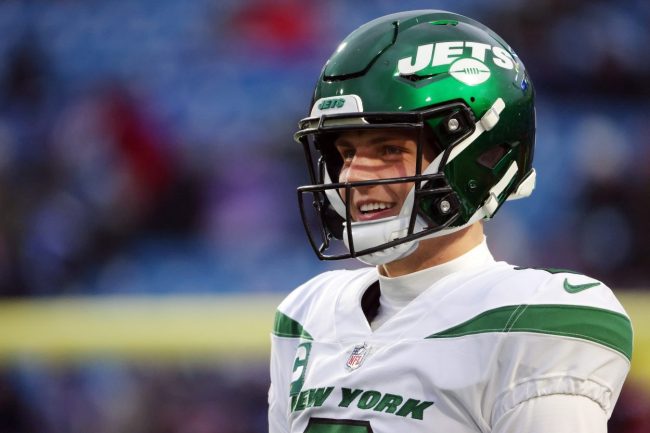 If you are a quarterback in the NFL, taking care of your offensive line comes first. On every play, the Big Uglies up front are tasked with keeping you from getting crushed.

Should they not like you, The Longest Yard makes it very clear what could happen.

Although New York was not very good this year, and Wilson took plenty of hits, he is thankful for those that he didn’t take. In turn, he gifted his offensive linemen with a pretty awesome surprise on Friday.

The 22-year-old rookie out of BYU got each of his guys a roundtrip JetBlue Mint ticket to anywhere they want. A “Mint” ticket is essentially JetBlue’s equivalent of first class, so Wilson’s linemen are going to be flying in style wherever in the world that they end up.

It was a great gift and the linemen were very appreciative.

Love and appreciate my guys. Thanks for protecting me all season long. Can’t wait to run it back next season. @nyjets @jetblue #partner pic.twitter.com/uWRT0gV1RS

However, there is a good chance that Wilson’s gift — unlike Jonathan Taylor’s gift to his linemen or Joe Burrow’s gift for his linemen — did not cost him a single penny. The tickets were likely given to him for free.

Along the way, Wilson’s uncle created the electronic ticket and was first to in-flight entertainment. He’s worth a cool $400 million.

Thus, Wilson did a #partner post for his own uncle. And do you really think that his uncle made him pay for the tickets that he gifted his linemen?

You can be the judge.