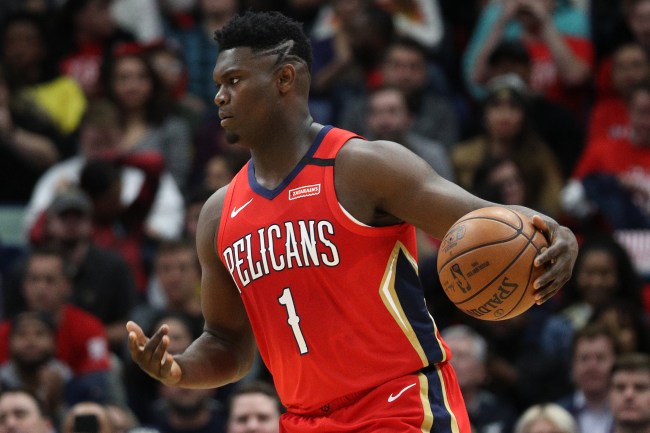 Zion Williamson made his NBA debut on Wednesday and lived up to the hype.

After a slow start, Zion went off in the third quarter when he scored 17 points and went 4 for 4 from the 3 point line in the span of three minutes.

The Pelicans crowd even began chanting MVP while Zion was in the free throw line in the fourth quarter.

Zion ended up with 22 points on the night after getting pulled early due to a minutes restriction and the Internet was impressed.

Zion put on a show in his NBA debut 🔥 pic.twitter.com/jwncxMkTd0

Zion really is the truth huh

Zion Williamson in the first 3 quarters vs Zion in the 4th quarter pic.twitter.com/q1gaoE3f7I

zion got more career 3s than ben simmons in 5 minutes

lmao I hope this trends every game Zion is in pic.twitter.com/LoCUeBYsj1

Zion during the 4th quarter: pic.twitter.com/fOWakN9ptA