This Zion Williamson Rookie Card Is Expected To Sell For At Least $750,000 At Auction 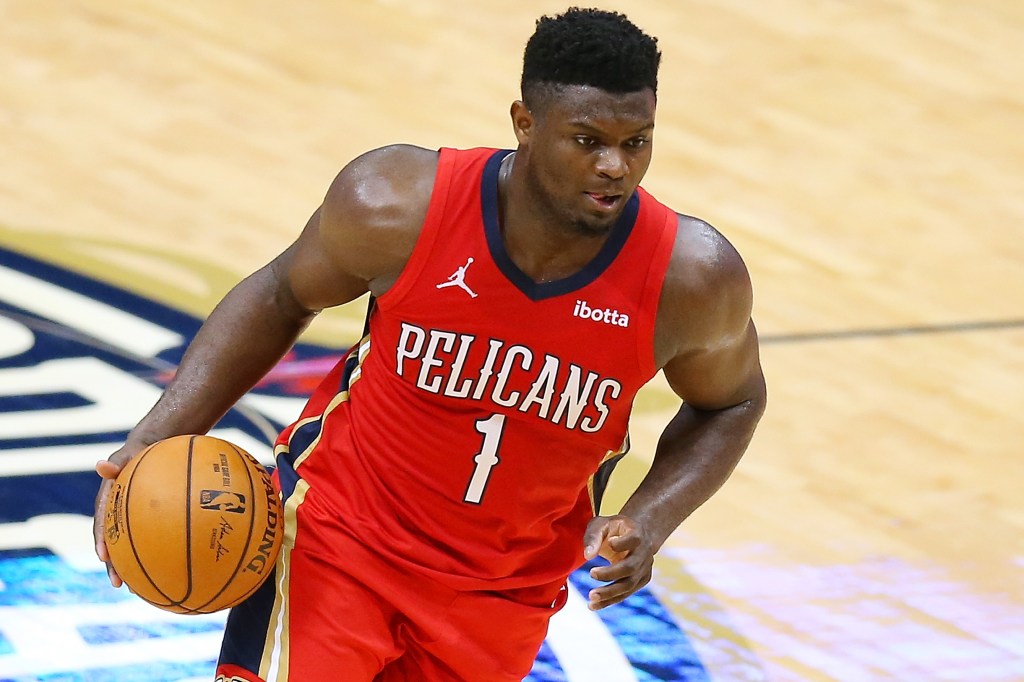 A pristine Zion Williamson rookie card is expected to fetch *at least* $750,000 when it goes up for auction on January 11th which seems like a whole lotta cash for a card that’s barely a year old.

Zion made the NBA All-Rookie First Team in 2020. He could very well be on his way to becoming a perennial NBA All-Star. In fact, there’s no reason to think he won’t be a regular fixture on the NBA All-Star team as long as his body stays healthy. But the dude played all of 24 games in his rookie season (7 games this season) and doesn’t exactly have a huge portfolio of NBA stats yet so the idea that his rookie card is actually worth $750,000 is blowing my damn mind right now.

The rookie card was pulled out of a $6,700 pack just two days before Christmas and has since been graded and will now go up for auction through Goldin Auctions on January 11th. The CEO of Goldin Auctions says this card will sell for AT LEAST $750K and this is never wrong about his auction values. According to this article on Hypebeast, the card has been graded ‘PSA Mint 9’ which I assume is as good as it gets…

Set to auction is the one-of-one Zion Williamson Panini Flawless Logoman, graded with a PSA Mint 9. In its superb condition, the New Orleans Pelicans‘ former rookie’s card was amongst a $6,700 USD pack, opened on December 23, 2020. Over the course of his two seasons in the NBA, Williamson’s basketball card value has skyrocketed exponentially. Just recently, another Williamson card sold just shy of a six-figure price. The card in mention was a particularly rare Williamson card and sold for $99,800 USD even though he had only played 19 games in the NBA at the time of the sale in June 2020.

Here are a few looks at the card via Twitter. It certainly looks good. And I get that the sky’s the limit for Zion. But $750K for this card? I have trouble understanding why anyone anywhere would pay that price.

A first day break at @FireHand17 of one of the year’s top basketball products yielded a 1/1 Zion Williamson rookie card that has already been graded and consigned to @GoldinAuctions >>> https://t.co/1y3BjFKGLL#basketballcards #Zion pic.twitter.com/OjT7aRQZsd

The Zion 1/1 Flawless Logoman picked out a $6,700 pack on Dec. 23 has been graded by PSA and it is headed to the @GoldinAuctions sale in January.

CEO @GoldinSports says expects he expects the card to go for at least $750,000. pic.twitter.com/gFl7H89wRp

This amazing ⁦@PaniniAmerica⁩ ⁦@PSAcard⁩ mint 9 Flawless 1/1 Zion Logoman will be part of our Goldin Elite Auction in january pic.twitter.com/U8ALGjQb1U

If you are wealthy and you are also in the market to spend three-quarters of a million dollars on a flawless Zion Williamson rookie card then you can head on over to Goldin Auctions where the bidding will commence on January 11th. If you happen to get in on the action, please come back here and tell me about it because I’m genuinely curious what’s driving such high bidding on this rookie card when anything could happen with Zion’s career at this point. Nobody knows.

And I don’t this to sound like I’m not rooting for Zion’s success. I am. I’ve gone as far as considering changing my NBA allegiance from the Mavs to the Pelicans because I enjoy watching Zion play so much. But it seems like someone is going to throw $750K betting on the future that Zion pans out.