Pat McAfee Reacts To Being ‘Fired’ From WWE On Christmas Day 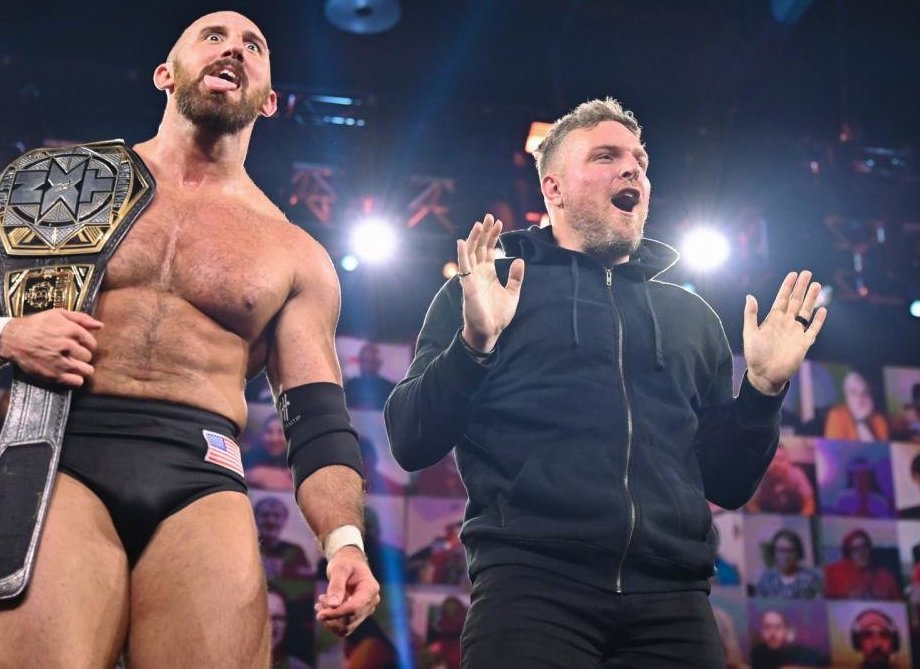 McAfee was praised for his performance both inside the ring and on the microphone but it appears as though the former All-Pro punter is being put on a hiatus.

According to Wrestling Observer Newsletter, the decision was made internally at the WWE to take McAfee off television for a while. McAfee is expected to return to the company later this spring.

On Christmas Day, McAfee joked about the situation on Twitter, highlighting all of the online articles stating that he’ll be off NXT programming for a while.

I think I got fired on Christmas. pic.twitter.com/FOTP1A1qTH

McAfee also made sure to congratulate Oney Lorcan and Danny Burch on Twitter after they retained their titles on Wednesday’s edition of NXT on the USA Network.

Those titles deserve to spend the holidays with the greatest on earth.. and that’s yinz, @ONEYLORCAN and @strongstylebrit.

🗣 IT’S GREAT TO BE GREAT, it must suck.. to suck #WWENXT pic.twitter.com/rC7QHNPhoj

Pulling McAfee is a smart idea. He’s an attraction. The more fans see McAfee, the quicker they’ll tire of seeing him week after week.

Writing McAfee off TV gives him a break, puts him out of sight and out of mind, only to return to the company at a more important time like the build-up to WrestleMania weekend.