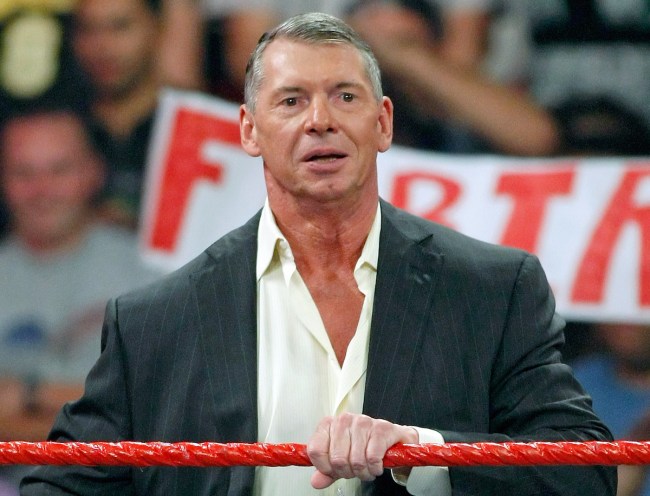 Vince McMahon is the head of the WWE so, just like any other company, his word is the law.

So when Vince tells a WWE talent to do something, they’re expected to comply or have a pretty damn good reason for not following orders.

In a recent episode of The Kurt Angle Show, former WWE Champion Kurt Angle explains what can happen when a WWE talent doesn’t do what the chairman asks.

According to Angle, Hurt Business member Cedric Alexander was in the doghouse for over half a year for ignoring Vince’s request.

Angle didn’t go into details about exactly what Alexander was asked to do, but the Olympic Gold medalist shared how he thought Alexander’s career was over after the lapse in judgment.

“You look at what they have been doing with Alexander, the Hurt Business. You know, he got in a little trouble last year.

He didn’t do something that Vince wanted him to do, and you know, if you don’t listen to your boss, things could get a little bit, you know, depressing for you, and he didn’t listen the one night, and they scolded him for a good half-year before they started using him again, and rightfully so, he should have listened.

That is his job, it’s to listen to Vince and do what Vince tells you to do, and he didn’t do that.

So, I thought, ‘Wow, this kid’s career is over,’ you know, when that happened, and Vince eventually gave him another chance.”

A second chance in the WWE is rare, especially when crossing the boss, and people get fired for dumb reasons all the time.

Thankfully for Alexander, he was able to rebound and has been a major part of Raw storylines over the last few months.