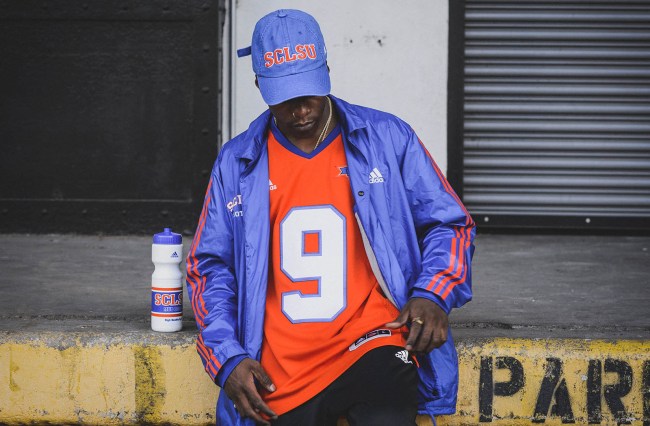 Allow me to show my age here for a second: I was in middle school when Adam Sandler’s smash college football comedy The Waterboy hit theaters. 6th grade, exactly, which was the first year of middle school in my central PA school district at the time. I saw it theaters with friends and a couple accompanying dads.

Rob Schneider’s legendary “YOU CAN DO IT!” became an instant middle school rallying cry. We yelled it everywhere: At recess, at lunch, before a test, in the halls between classes, at Friday night high school football games, at Halloween dances. Along with some memorable South Park quotes, “YOU CAN DO IT!” from The Waterboy might have been the catchphrase that stuck the most that year.

Like Happy Gilmore and Billy Madison, The Waterboy is timeless classic. It’s a far better underdog story than Rudy. Bobby Boucher is a fictional college football legend for leading the SCLSU (South Central Louisiana State University) Mud Dogs to win the Bourbon Bowl,  chucking a game-winning hail mary touchdown as the clock ran down to zero in the Bourbon Bowl.

The Mud Dogs’ won 30-27 and that accomplishment is still remembered on the couches of America today. There’d have to be something wrong with your medulla oblongata to not love The Waterboy. 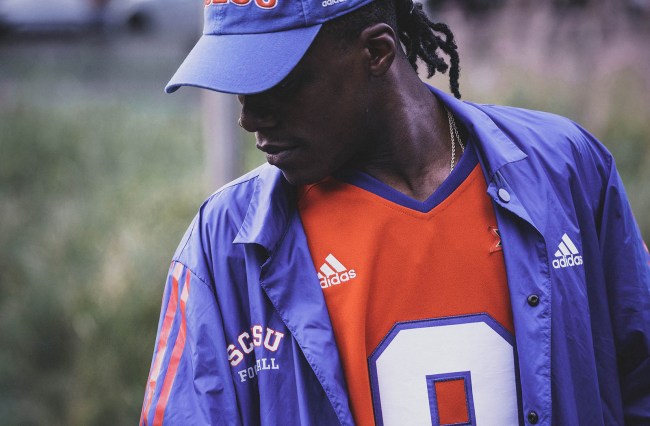 In honor of the 20th anniversary of The Waterboy, adidas collaborated with Disney to create a truly badass limited edition SCLSU capsule collection. It features an adidas Bobby Boucher Mud Dogs’ replica jersey, recreated from the original adidas Mud Dogs’ uniforms worn in the film.

It’s based on the classic orange home colorway, complete with Boucher’s name on the back, the #9 and the Bourbon Bowl Championship patch on the upper left chest. Additional design details include the royal blue and white striping across the sleeves and neckline.

There are a couple other noteworthy items in the collection, in addition to the Bobby Boucher Mud Dogs’ replica jersey ($120). There’s also Coach Klein’s varsity jacket ($100), an SCLSU hat ($30) and SCLSU water bottles ($20).

These are all for sale at adidas.com for a limited time. Let’s kick some names and take some ass. 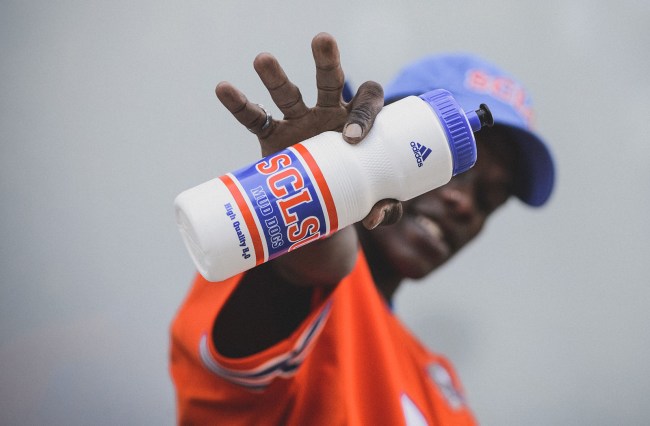 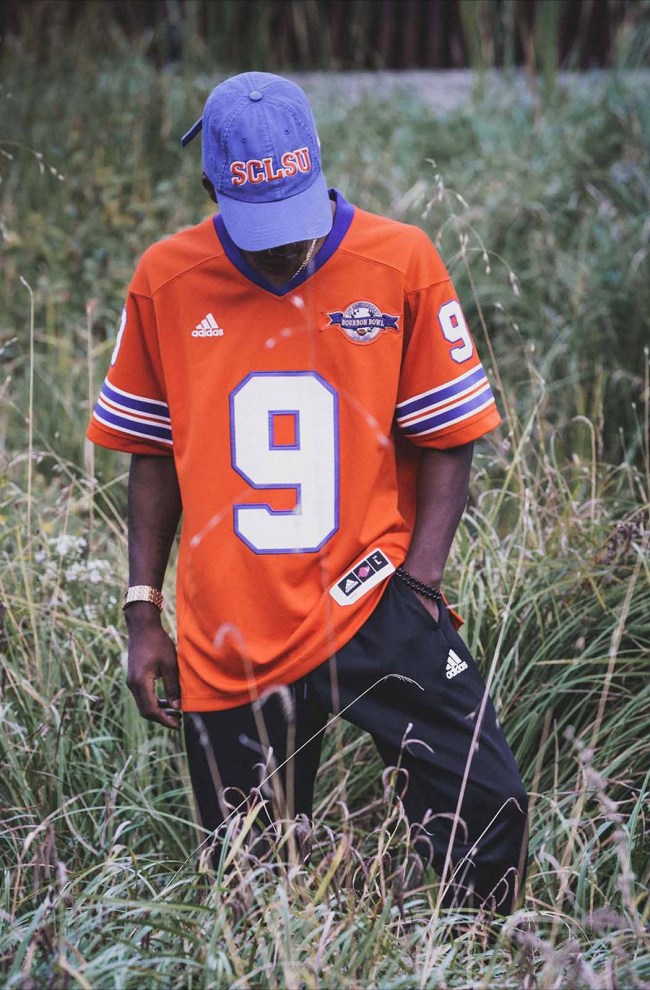 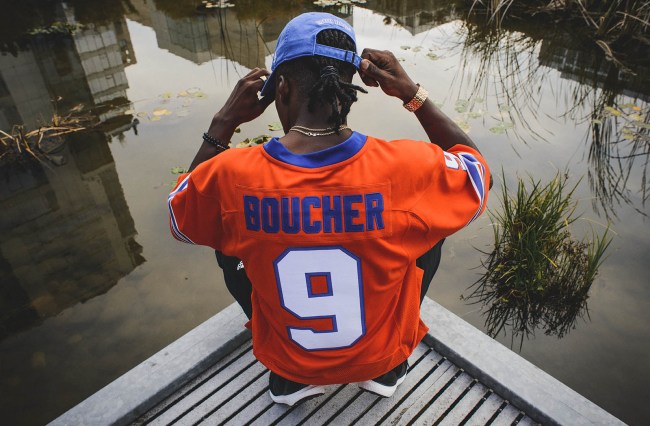 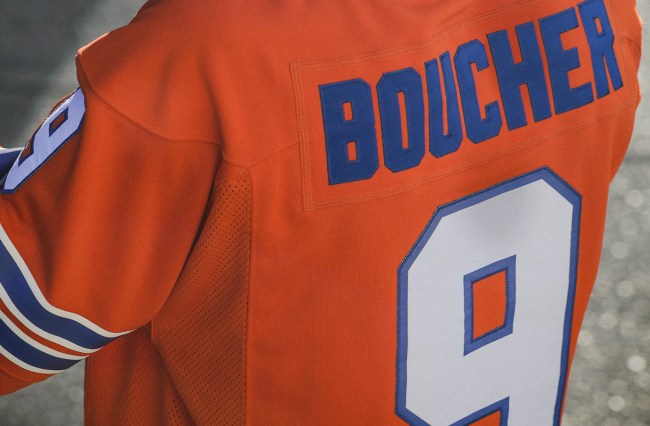 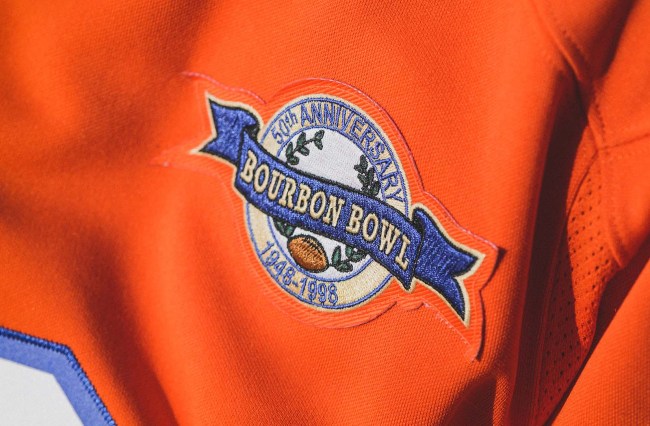 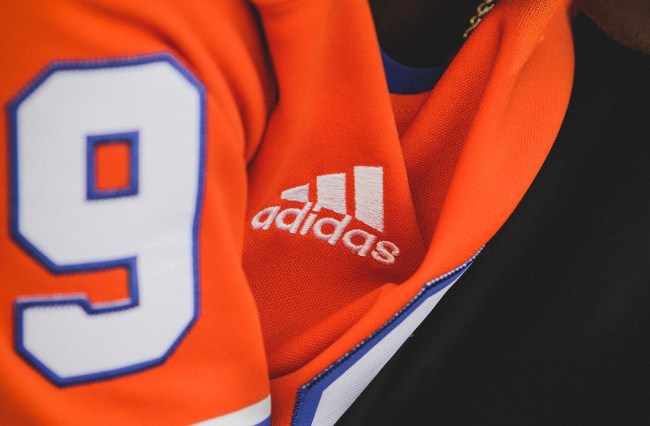