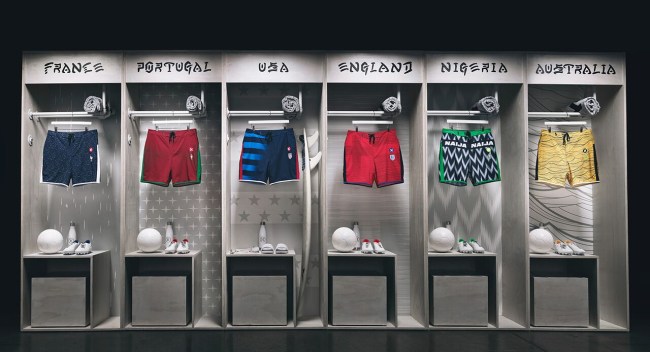 The World Cup kicks off in 69 days, bringing soccer fans around the world together to (A. celebrate the beautiful game and (B. collectively chuckle at the USMNT for not making it into the biggest soccer stage.

In the spirit of The World Cup, Nike’s surf arm, Hurley, just released their second World Cup National Team Collection line of Phantom board shorts. Hurley’s signature Phantom board shorts feature the official team crests and colors of participating World Cup countries, allowing beach-minded fans to show their national pride. This year’s countries include England, Nigeria, Portugal, Australia, France, along with the USA (“…with respect to their massive contribution to the culture and sport,” according to Hurley). Hurley hats and Ts are also available from the World Cup National Team.

Board short season and the World Cup line-up nicely in the warm weather months, so check out the collection if you’re looking for something to new to play Spikeball in at the beach this summer. It’s also worth noting that the Phantom board shorts are made for the fearless surfer, offering “a lightweight, adaptive fit that won’t slow you down.”

Check out Hurley.com for the collection and other Summer 2018 board shorts options… 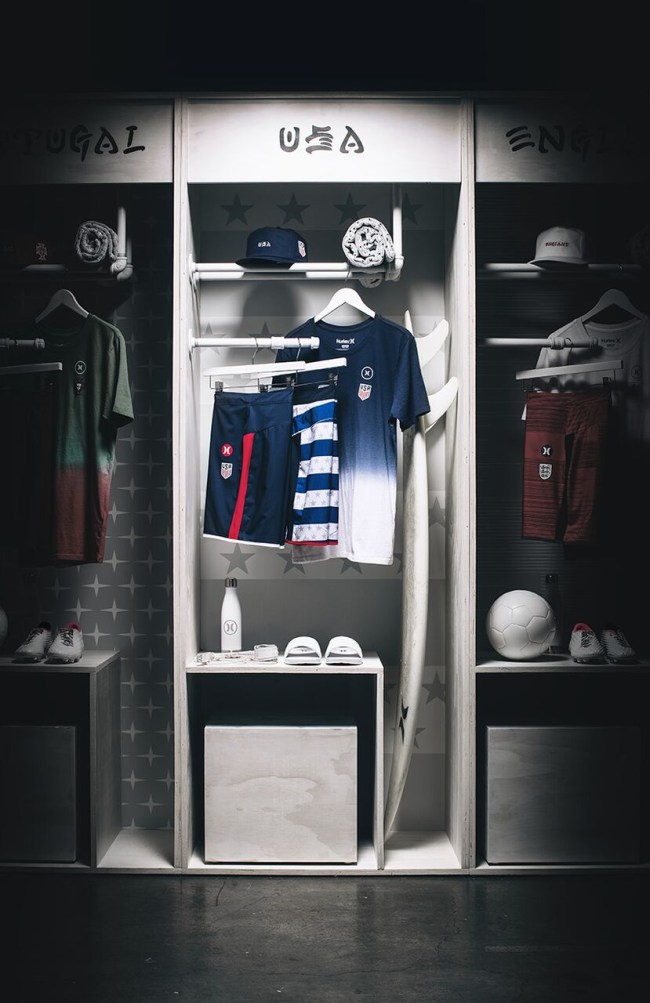 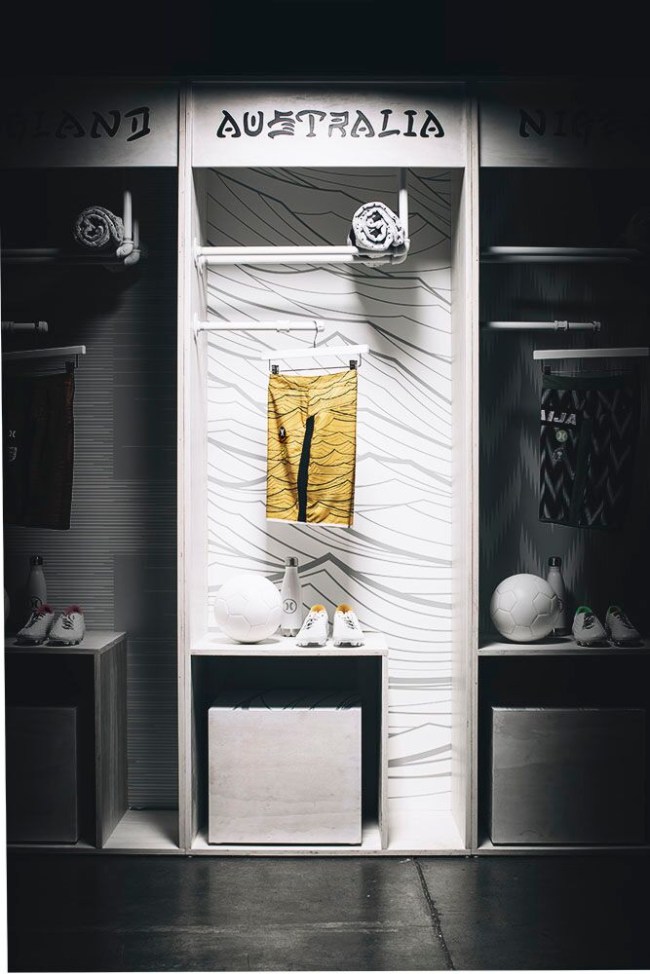 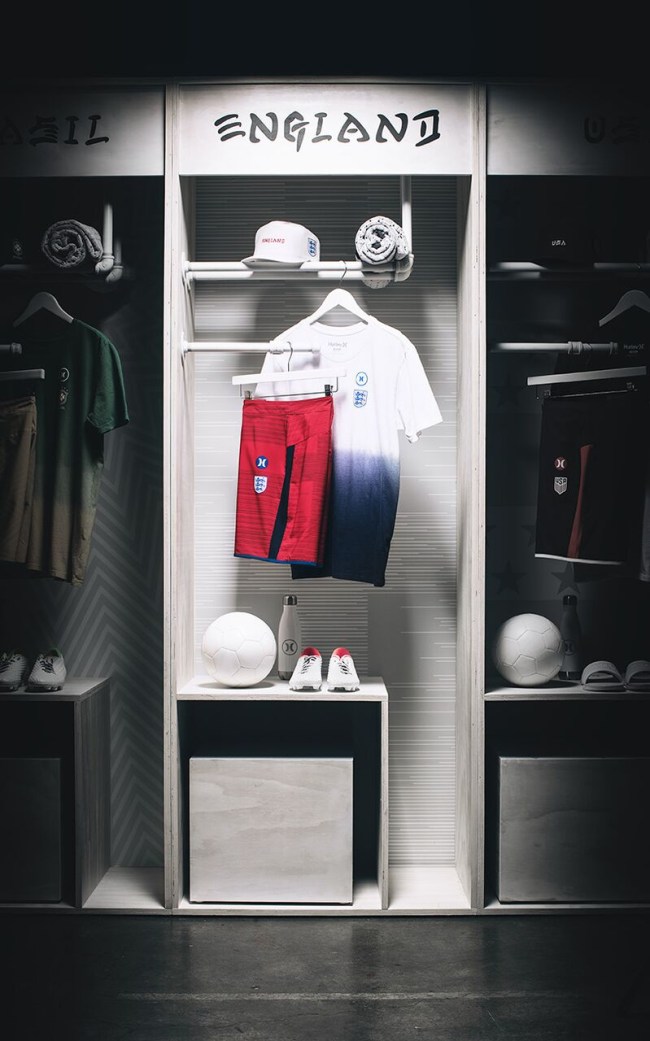 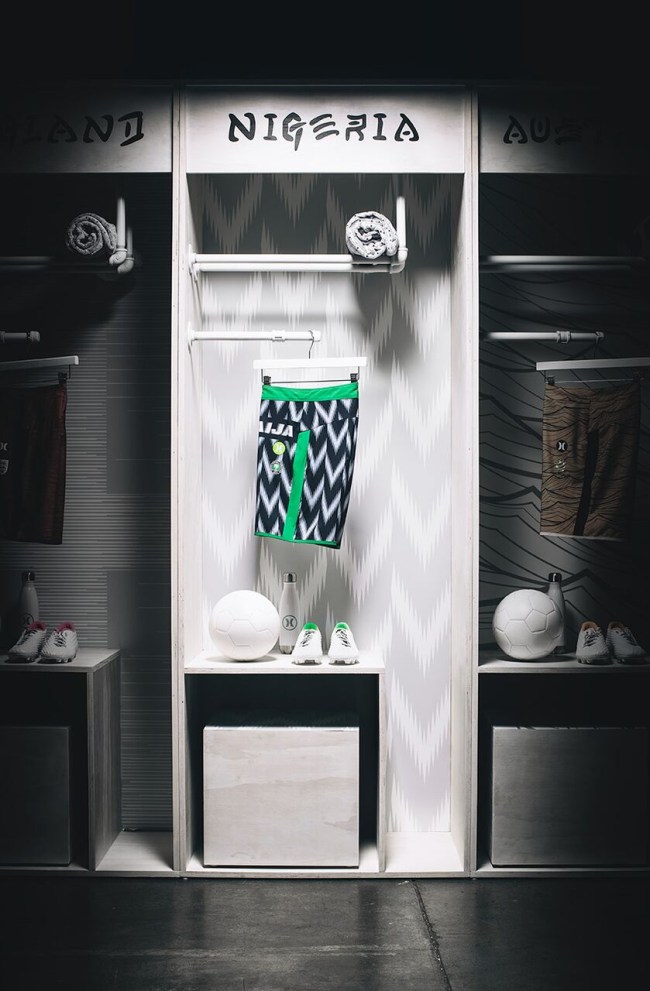 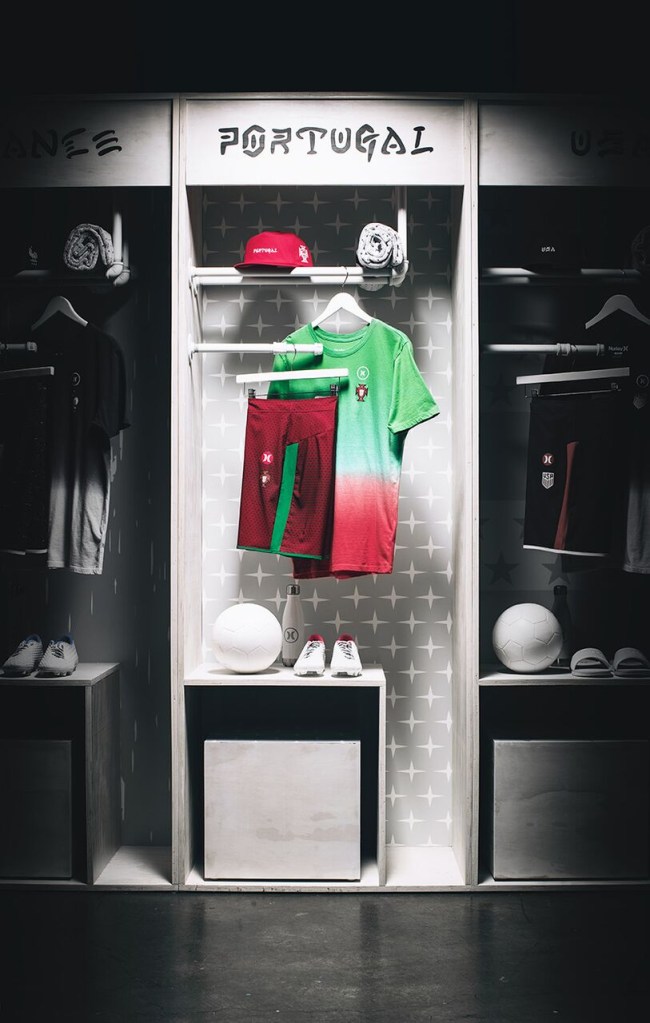