NBA Players Love This Shoe Brand So Much, They Invested Millions Into The Company 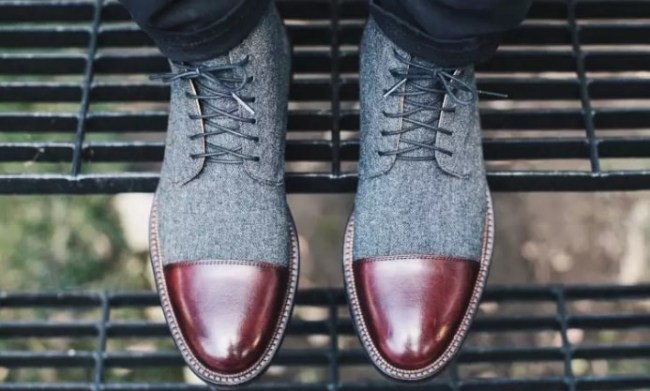 A husband and wife from Utah were backpacking through Europe when they were dining on crepes in Paris in front of the Sacré-Cœur Basilica and they wondered why nobody was making great no-show socks for men. They started Taft Clothing with a collection of signature no-show socks. They then expanded their business to fine shoes and they found the best in the world came from Spain. They started selling hand-cut and blake-stitched using vegetable-tanned leathers from top European tanneries and mills. The unique shoes took off!

A little more than two years later, their shoes are being worn by some of the best NBA players including Dwyane Wade, James Harden, and Andre Iguadala. The players loved the shoes so much that they wanted to be a part of the company. They contributed to a $5 million round in seed funding.

Taft has sold over 75,000 pairs of shoes in only two years of being in business. But it isn’t just NBA players buying their exquisite footwear, it’s celebrities such as Dwayne “The Rock” Johnson, Tim McGraw, and Josh Brolin.

Taft set out to make an interesting, yet super high-quality shoe that would attract the discerning man and they have achieved that goal in a short amount of time.

“My thinking was, if we don’t create designs that really pop online, we’re just going to fade into oblivion,” Taft cofounder Kory Stevens told Fast Company. “The strategy worked. A certain type of customer really gravitated to this look, and it started spreading virally.”

The shoes made in artisanal workshops in Spain and Portugal range in price from $235 and $349. You can check out the entire collection of fine shoes on the Taft website.