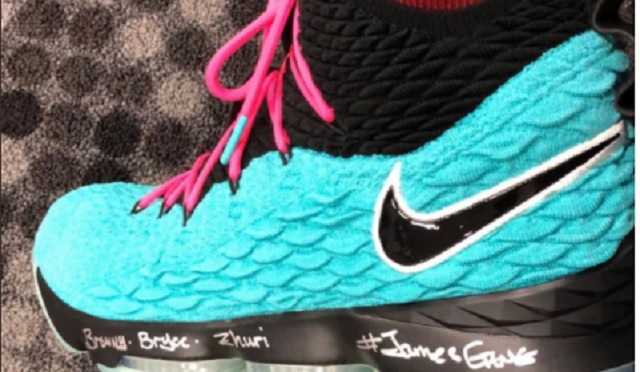 Throughout the NBA season, Nike and LeBron James have released a handful of exclusive PE’s to the public that can only be obtained during Nike’s sneaker app only on the night he wears them.

As part of Nike’s new LeBron Watch program, LeBron James will unveil special player editions (PEs) that pay homage to the iconic athletes and Nike shoes that have inspired his career. Some will be just for him, but he’s also making five of those PEs available to Nike members via the Nike SNKRS app as soon as he steps on the floor wearing them.

Before tonight’s Heat-Cavs matchup, LeBron James took to Instagram to show off the Nike LeBron 15 ‘South Beach’ which appears to be LeBron’s latest LeBronwatch drop.

Be on the lookout on the SNKRs app for the opportunity to be able to cop a pair.