How To Keep Your Beard Game On-Point This Beard Season 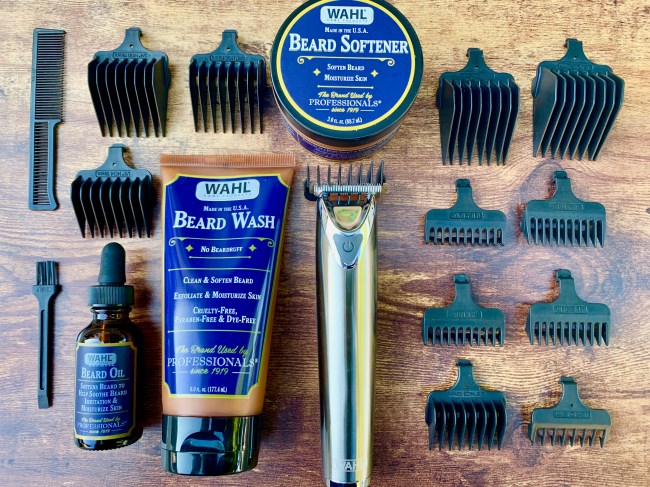 Presented in partnership with Wahl

Even worse is going home, looking in the mirror and discovering there’s an ounce of truth to it; your bountiful whiskers have morphed into an uneven, unkempt mess.

Face it: If you let your facial hair grow without a single thought of upkeep, you are officially a neckbeard. It’s an ugly realization. If your beard game looks sloppy, it projects an overall lack of discipline.

No self-respecting person likes looking sloppy — especially when it comes to the grizzly mane on your face. It’s also not appreciated by others: not your boss, not your partner, and, especially not your mother and grandmother who will team-up against you at the Thanksgiving dinner table. 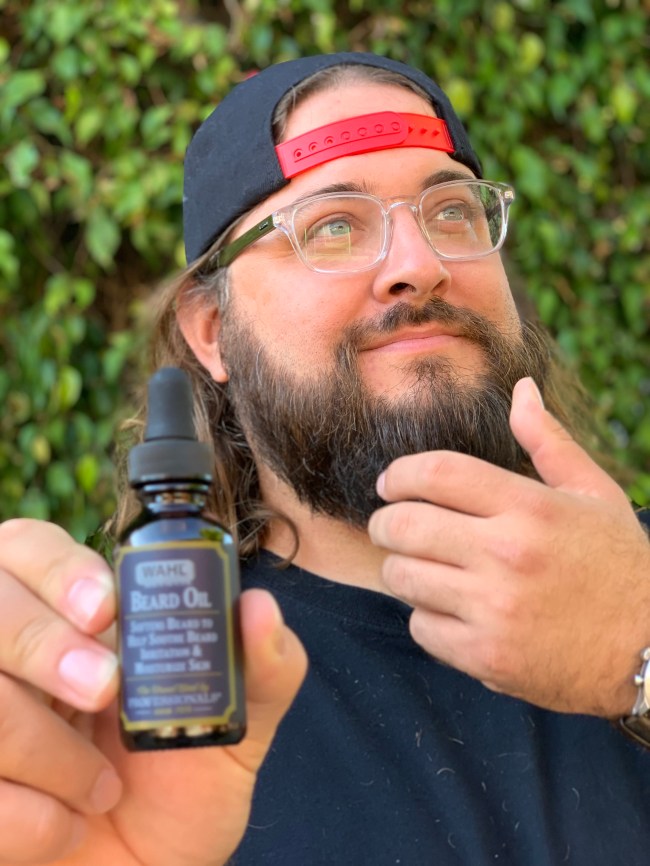 And, frankly, if you show up to a holiday function looking like Forest Gump in the middle of a cross-country marathon, you probably deserve it.

I’ve been rocking a beard for about five straight years now. Besides just generally being a badass steeze, the thing I love the most about beard life is the low maintenance when it comes to an everyday grooming routine. That said, low maintenance most certainly doesn’t mean no maintenance.

Sometimes you have to leash the beast. Especially this time of year.

November is officially the month when men around the world embrace their masculine awesomeness and grow out their beards for men’s health initiatives, especially the battle against prostate cancer.

This year, men’s grooming leader Wahl has joined forces with ZERO – The End of Prostate Cancer to support their seasonal Grow & Give campaign. One in nine men will be diagnosed with prostate cancer, and it’s the second largest cause of cancer deaths in men. Grow & Give raises funds for crucial prostate cancer research, along with national awareness to recognize the risks and patient-centric programs to directly help men and their families.

Whether you’re a lone wolf who’s been personally impacted by prostate cancer or bearding up with your buddies at your workplace, Grow & Give is a great way to do some good for a great cause. 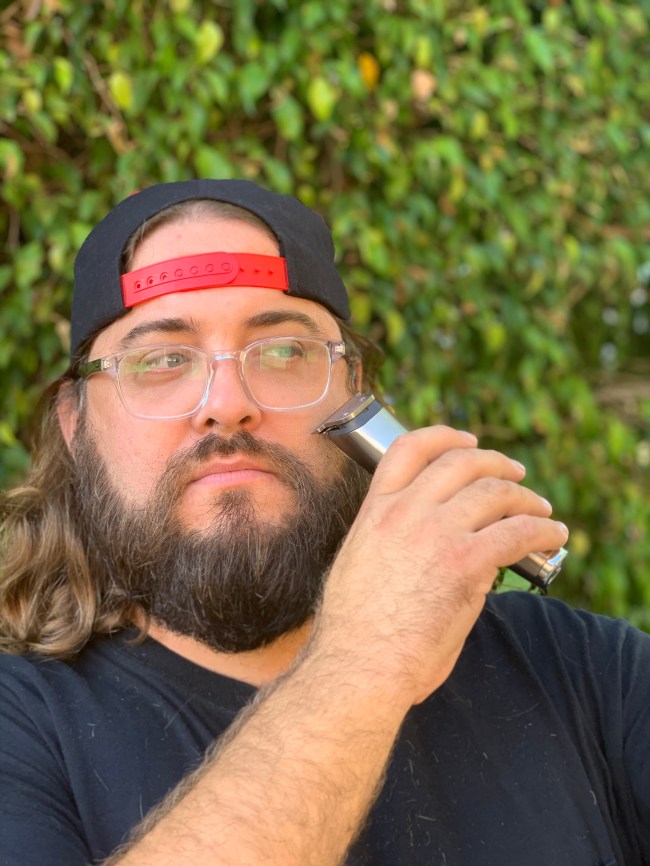 But first, don’t go into peak beard season without a plan-of-attack for your facial hair.

A finely-manicured beard needs a great trimmer. Wahl’s Lithium Ion Stainless Steel Trimmer is hands-down the best men’s grooming tool out there. Unlike poorly-constructed plastic trimmers, it’s housed in a sleek armor that feels great in your hand. The battery lasts forever, boasting a six-hour runtime and with a series of interchangeable heads it meets almost any grooming need. It mows down those prickly neckbeard hairs while sculpting a well-defined beard line. In other words, it leashes the beast.

And just look at this handsome piece of fine grooming engineering: 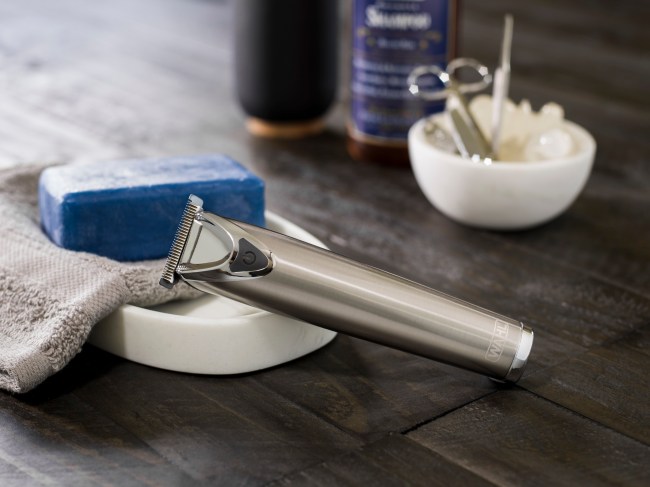 Next up, Wahl’s beard care products are a true war chest for keeping even a lumberjack beard in check.

Hair on your face is very different from the stuff on your head — and everywhere else on your body. Whiskers are prone to split ends and beard-druff if not washed and conditioned regularly. Worst of all, a mangy beard can result in dreaded beard-itch when the skin under your beard becomes dry from all that beard-druff.

It happens to new beards all time — ever go crazy with itch about three weeks into a new beard? That’s because you’re not taking care of it, hoss.

These products are key to keeping your beard soft and healthy:

Fully embrace your badass beard and all the great causes for men that go with it this fall — like ZERO’s Grow & Give. But remember, there’s no excuse for your efforts to devolve into a neckbeard.

Don’t let your beard get weird this November. 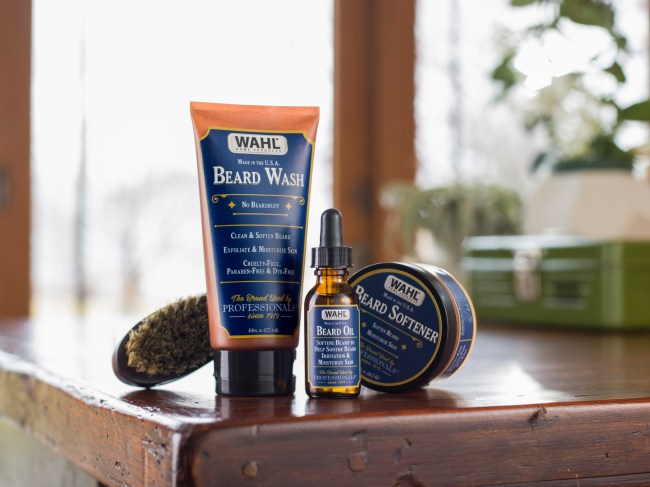 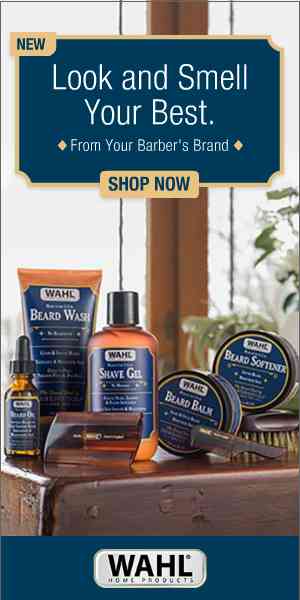 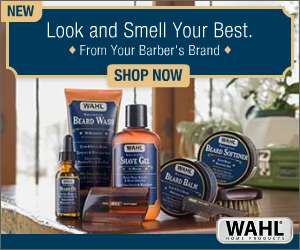