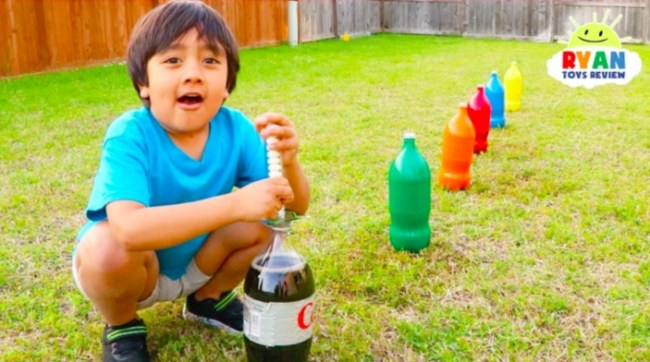 Every time I see my parents try to navigate a website or touchscreen tablet, I want to strangle them with a wire cable. Lovingly, of course. It’s like giving a blind chimp with arthritis a rubik’s cube. They shift the blame to the product, angrily calling the technology “stupid” and “unnecessary.” I roll my eyes and pity them.

I will eventually be my parents–totally out-of-touch with the current state of technology, ignorant of its advantages–and I solidified this belief today when I stumbled across Forbes list of Highest Paid YouTube Stars in 2018.

An eight-year-old boy who literally plays with toys on camera tops the list by raking in an estimated $22 million in 2018 alone, doubling his pay from 2017. His name is Ryan and he is the child behind the YouTube account, Ryan ToysReview, a channel that has 26 billion views and amassed 17.3 million followers since his parents set it up for him in March 2015.

Forbes claims that $21 million of that $22 million Ryan earned in 2018 was generated by advertising shown before videos, and the rest came from sponsored posts.

When asked by NBC why kids liked watching his videos, Ryan replied: “Because I’m entertaining and I’m funny.” Humble, too.

Here is a list of the YouTubers who fill out the top 10 spots, courtesy of BBC. 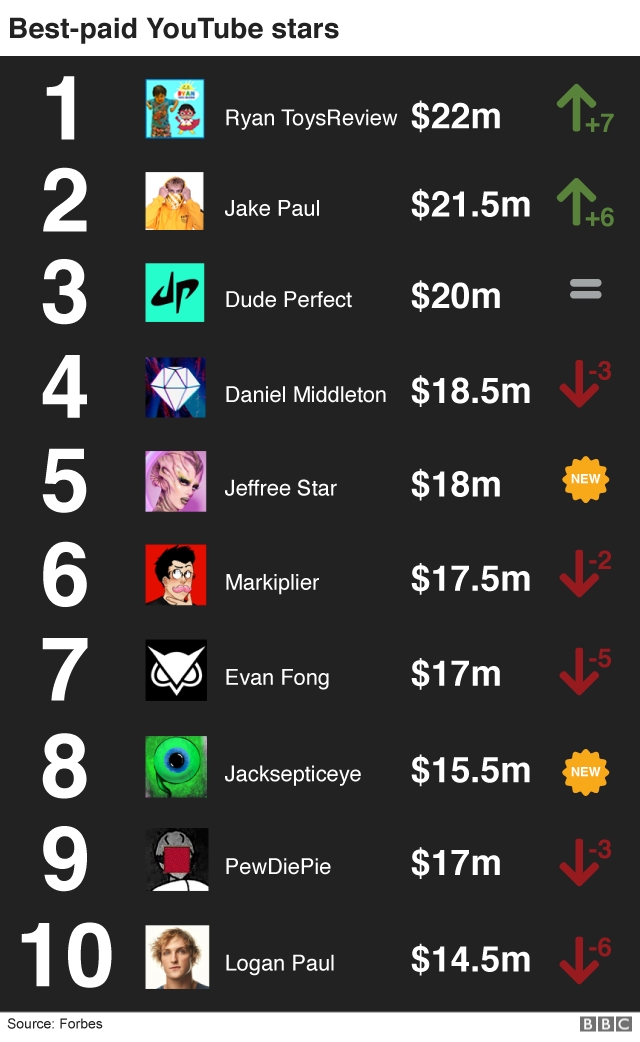 Oh nice, the guy in second place made $21.5 million in the same year he showed a suicide victim in a vlog.

I love this world!!!