The Best U.S. Cities To Find A Job Right Now (‘Cause Being Unemployed Sucks D) 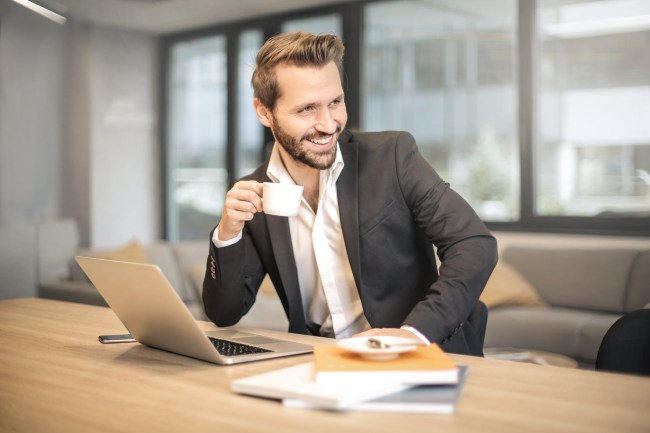 You know what sucks? Sitting around at home without money to spend while your buddies go out and live it up because they actually have jobs. As someone who has seen his fair share of unemployment over the years, it can be frustrating constantly updating your LinkedIn, applying blindly to job postings and hustling to get any job that’s willing to give you a steady paycheck.

For those who aren’t stuck in a certain city, though, it might be time to consider relocating for the perfect job. For instance, if you hope to have a media career and become the next big sports reporter, it may be tough to do from a shared apartment with your buddies in BFE. You’ve got to put yourself out there where certain industries rule, so, in media, it might make sense to move to New York City. That said, the Big Apple isn’t cheap, so it’s not as if you can just pick up and move from whatever small town you’re in and make your dream career happen.

If moving to a new town is an option for you, you’re in luck, because we’ve got the best cities in America to find a job right now. Thanks to our pals over at TheStreet, who used data from the personal finance site WalletHub, we have a better idea of which towns in the U.S. are hiring.

To compile the study, WalletHub compared 180 cities in America in two different areas, “Job Market” and “Socio-economics,” with the two categories including 26 indicators of job-market strength such as employment growth to average starting salary. So, where are the best cities in America for a job? Here are the top-10 places from the list.

Although Phoenix may be more popular and ranked just No. 61 on the WalletHub list, there were plenty of neighboring cities that offered lots of job opportunities for young people. Chandler had the highest employment growth of all the cities, ranked third in the job market ranking and had great average starting salaries, diverse industries and great job security, among other factors.

Home to Arizona State University, all of those party coeds have found a nice home following graduation thanks to Scottsdale’s job market. Ranking in the top-five on WalletHub’s list in both the job market ranking and socio-economic ranking, Scottsdale’s also great when it comes to low commute times, dating and recreational activities. Oh, the year-round sunshine and warmth doesn’t hurt either.

One of the most expensive U.S. cities to live, San Francisco also happens to be one of the most thriving in terms of job opportunities. Sure, you’re going to have to make close to six figures to enjoy living in the popular NorCal city, but San Fran ranked towards the top of the list for the highest monthly average starting salary (which was adjusted for cost of living), as well as being the second-best city in the job market category.

No. 1 in the job market category, Peoria, Arizona is one of four cities neighboring Phoenix that landed high on WalletHub’s list of best American cities for jobs. With a population of around 165,000, Peoria may be considered a smaller city in comparison to others around it, but it still has a healthy amount of people.

Another small town located just outside of Phoenix, Gilbert, Arizona ranked high on HubWallet’s list for things like the highest employment growth and the highest median annual income (top-five), and ranked fourth in the job market category. It may lack the big city lights, but it sure does have job options.

Forget high school football, because Plano, Texas is more than just Friday night lights. In fact, according to WalletHub, it’s one of the top five American cities for the highest median annual income, with one of the biggest companies there being Toyota.

Many people think of Portland, Oregon as an up-and-coming hot spot for jobs, but it’s the cross-country city of Portland, Maine that ranked high based off of the WalletHub research. With a strong job market (ranked 10th) and socio-economic ranking (12th), the small Northeast town could be a good bet for your next gig.

Irvine might lack the intrigue of bigger cities in California, but make no mistake, when it comes to finding a job, it’s one of the best spots to find work. With one of the lowest unemployment rates in the country, most people who need work in Irvine can usually find it quickly.

Mostly recognized as the city where the University of Wisconsin is located, Madison’s also a hot spot for young people to find jobs, too. What’s the best appeal about Madison’s job market? It’s low unemployment rates, which is right up there with trendier cities like Austin, Texas and the aforementioned Irvine.

Ranking No. 7 in the job market category, the famous Northeast city is one where many millennials may look to land their dream job. With companies like Puma and Liberty Mutual, among others, as the top-rated places to work, Boston is a mega hub for young people to live, work and play.

To see the full list of best cities in America for jobs right now, make sure to head over to TheStreet.