This Irish Businessman Gives His Employees Unlimited Vacation, And It’s Working Quite Well For Him 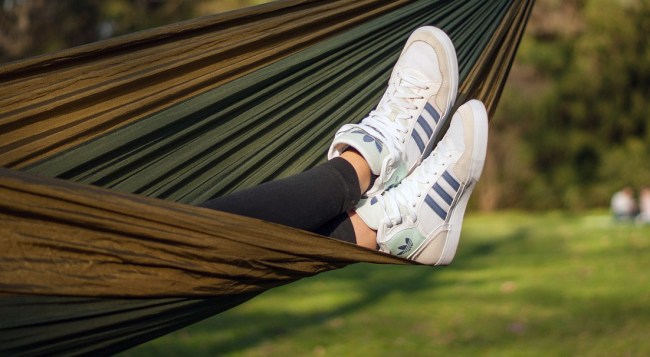 Irish businessman Norman Crowley gives all of his employees an unlimited amount of vacation with only one caveat: do your job. Simple, right?

Crowley seems to know what he is doing since he was up for Ernst & Young Entrepreneur of the Year in 2011, started his company Crowley Carbon in 2009 and in this year alone has opened offices in Sao Paulo, in Raleigh, North Carolina, and Barcelona, reports The Times. The company has also set up a joint venture in Sydney, a software development center in Bulgaria, and doubled the size of its offices in Ireland and in Dubai.

So yeah, maybe this whole idea of letting people take as much time off as they want isn’t so dumb.

Crowley was recently a guest on The Architects of Business and described his company’s vacation policy.

“You can take as much holidays as you want, we don’t track you at all,” Crowley explained to host Tadhg Enright. “So if you don’t show up for work until 4 o’clock in the day we don’t notice because we’re what’s called ‘mission-led’.

“You do the mission, that’s the job. But if you didn’t notice that morning that there was a crisis, then there’s war. If one of your clients is in trouble and you’re not answering that, BIG problem.”

Crowley also shared a story about how he almost sold his gaming company Inspired Gaming Group for a billion dollars to an Icelandic hedge fund only to have the deal fall apart at the last minute.

“We were waiting in our office, car idling outside a door waiting to take us to the lawyer’s office and sign a deal for $1 billion and we got a phone call saying, ‘it’s over,'” he told Enright.

“They owned 30% of American Airlines, they owned House of Fraser,” Crowley described the suitors in the deal, “and so they offered us $1 billion for the business and that deal took about six months to be put together.

“Meanwhile, while that was happening the world was kind of imploding. Lehman Brothers was happening, there was definitely blood in the water, and so what we did – like any good person – we pushed it hard to get it closed. And about two hours before it was due to close, basically the whole world collapsed.”

Seems like he’s bounced back pretty well. Now about that unlimited vacation…