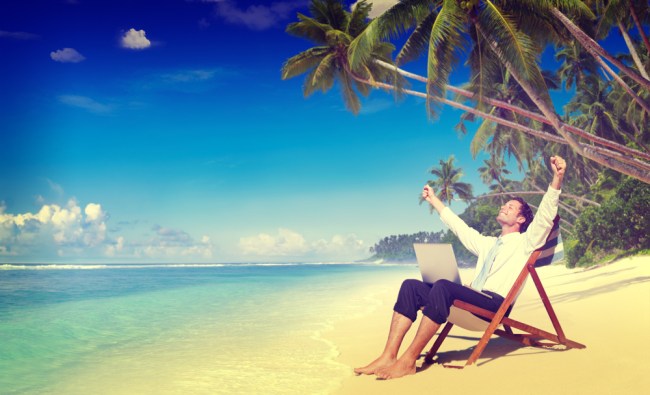 Mark Douglas is the CEO of SteelHouse, and he’s made numerous headlines over the past several years thanks to his innovative company policies. He’s the guy who alotted $2,000/year for each employee to take a vacation anywhere they want to go. He is also known for pioneering ‘SteelHouse Days’ which have led to a spike in company morale and employee productivity.

SteelHouse Days are 3-days weekends which he’s implemented all year long. Mark Douglas has added these holidays so that every single month of the year has a 3-day weekend. Some months already have them (May-Memorial Day, December-Christmas, etc), but he’s gone ahead and added a 3-day weekend to the months that don’t have holidays already in place.

For employees working 40-hour work weeks this equates to 40 extra hours per year of lost productivity. You’d think that the loss of 40-hours from each employee would lead to a decline in productivity but you’d be wrong. He told Business Insider that the company’s never been better off. Also, in the past several years only 2 employees out of a company with 250 employees have left the company for work-related reasons (3 left for non-work-related reasons). This is a pretty fucking good indicator of whether or not a place is great to work at.

“You’re taking a bet that this will ultimately benefit everyone, including the company yourself,” Douglas said.
Over the past year, that has seemed to be the case, Douglas said. The company’s bottom line hasn’t been hurt by the policy, and if anything, it’s brought the team closer together and left them feeling more refreshed.
SteelHouse Days are unlike normal days off, Douglas added.
On normal days off, some portion of a given team will be working while others take the time. Those who take off may still feel the pull of work, either through email or phone calls. SteelHouse actually shuts down completely on SteelHouse Days, which lets people fully disconnect.
“When you make it so the whole team does it, it really does give the entire team a long weekend — a built-in, enjoy-yourself time each month of the year,” Douglas said. (via)

You can read all about this 3-day weekend policy implemented by SteelHouse CEO Mark Douglas over on Business Insider where they’ve featured not one but two interviews with him. Meanwhile, I’ll be over here in the corner dreaming about this vacation policy….