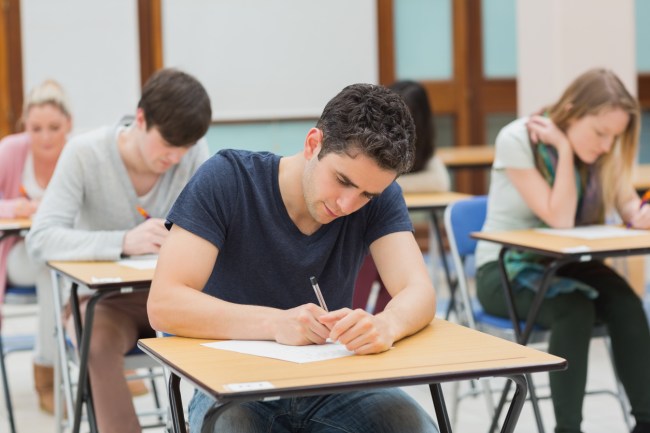 The number of candidates who passed what many consider to be one of the hardest standardized tests in the world was the highest its been in 12 years. A record 35,518 people took the Chartered Financial Analyst (CFA) exam in June, an 18 percent international spike from a year ago, and 56 percent of the test takers passed the Level III exam. For reference, in 2010, just 46 percent of candidates passed the test, which tests everything from financial modeling to derivatives to business ethics (*in Billy Madison voice*).

According to Bloomberg, candidates spend an average of 300 hours studying for each exam and typically take four years to complete the series of three tests.

You can see the passing rates below from the CFA Institute website.

As Business Insider points out, “of a total of 179,241 people who took a level of the exam this year, 83,339 passed. That’s an overall pass rate of 46.5% and means 95,902 people did not pass.” Only one in five candidates who start the CFA program make it through all three levels to become a charter holder.

The grueling test and man hours required to complete the series typically pays off–as doors open for job opportunities and the pay for a CFA rise considerably. It’s especially appealing to candidates who want to get a leg up but don’t want to shell out the tens of thousands of dollars an MBA would require. The average CFA cost hovers around $2,500 total for the program.

Via The Balance Careers:

If you’re thinking of becoming a CFA, be prepared to kiss your social life goodbye for an extended period of time. But you’ll be better for it in the long run.