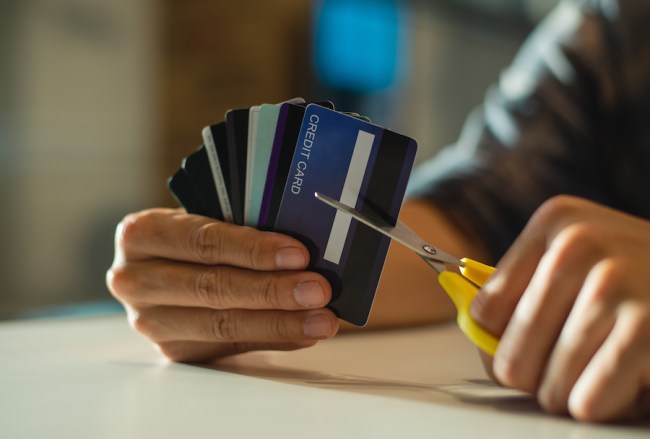 People want 2020 to end as fast as possible – as if bad things won’t happen in 2021 – but there’s been one silver lining to the year. Americans managed to pay off $118 billion dollars in credit card debt in the first half of the year.

Second, people aren’t spending as much because, well, thousands of places are closed, concerts and sports were canceled, and all the extracurriculars that typically empty our wallets are postponed for at least a year.

“The fact that U.S. consumers paid off $58.1 billion in credit card debt during the second quarter of 2020 is largely attributable to the generous unemployment benefits that laid-off workers were still receiving at the time by Congressional decree, as well as the overall efforts people have made to cut back on spending and generally de-risk their finances in the face of historic uncertainty,” said Jill Gonzalez, WalletHub analyst.

“It might seem counterintuitive that debt levels would decline when so many people are out of work, but that’s also when people become most frugal and when credit card issuers get stingier with approval decisions and credit limits.”

WalletHub is projecting that Americans will end 2020 with a slight reduction in credit card debt for the first time since the end of the Great Recession in 2009.

So will this debt payoff continue until the end of the year? Well, according to WalletHub, that all depends on the virus.

“Based on the current outlook, credit card debt is likely to increase by roughly $115 billion from July through December, leaving amounts owed pretty much flat for the year. What happens with consumers’ finances in the second half of the year depends on progress toward a COVID-19 vaccine. If a vaccine comes earlier than expected and consumer spending goes back to normal, we could see debt rebound with a vengeance. But if nothing major changes, spending and debt should remain at bay,” explained Gonzalez.