Constellation Brands, an international producer of beer, wine, and spirits, will have a new CEO beginning in March as Robert Sands will step down from the position.

During his decade-long tenure, he oversaw the acquisition of the US rights to Modelo and Corona beer. He also made the call to invest $4B in Canadian weed peddler Canopy Growth Corp. in August, which looks to be the right one as Canada legalized recreational marijuana nationwide on Wednesday.

His replacement, Bill Newlands, has been with the company since 2015 and has risen through the ranks to his current position of COO and President. The Sands man will still be around the water cooler though. He’ll stay on as executive chairman and his brother Richard will become vice chairman. Newlands will be the first non-Sands to run the company founded in 1945 by Robert’s father.

Water Cooler Talking Point: “Pour a sh*tty Mexican beer out for the man responsible for Modelo and Corona’s rise in the US.”

As if having worked at Deutsche Bank wasn’t punishment enough, two former Deutsche traders were found guilty in a US Libor rigging case. The men, Matthew Connolly, and Gavin Black will be the third and fourth Americans charged in the wide-ranging case. The other two Americans, Rabobank traders, had their cases overturned.

Black and Connolly, derivatives traders, are formally accused of having manipulated the Libor, an average of “estimated” interest rates that London based banks charge each other to borrow funds. From 2004 to 2011 they orchestrated schemes to utilize the rate, which is used to price trillions of dollars in financial products, to their advantage.

The defense argued that there were no clear guidelines for Libor submission until at least 2008 and there was technically nothing expressly indicating that derivative positions couldn’t be taken into account when a bank submitted its rate. You know, the gray area between unethical and Enron. The jury didn’t bite.

Dozens of other traders and bank employees, at Deutsche Banks and other firms, were implicated in wrongdoings related to Libor or Euribor (Libor’s European cousin). Deutsche Bank and Barclays have already agreed to pay upwards of $9B in fines related to the incidents.

… for now. The US announced that it will not label China a “currency manipulator” … presumably, via a dramatic, Maury Povich-eqsque, made-for-TV reveal. The term, which the Treasury Department has threatened, but not actually used since 1994, would mean that China was deliberately manipulating its currency to gain an upper hand in trade.

The yuan has dropped more than 9% against the US dollar over the past six months, leading experts to suspect that the Chinese had been keeping the yuan weak in order to combat US tariffs put in place on Chinese goods. China’s lack of transparency on the yuan’s weakness had set off the initial concerns. 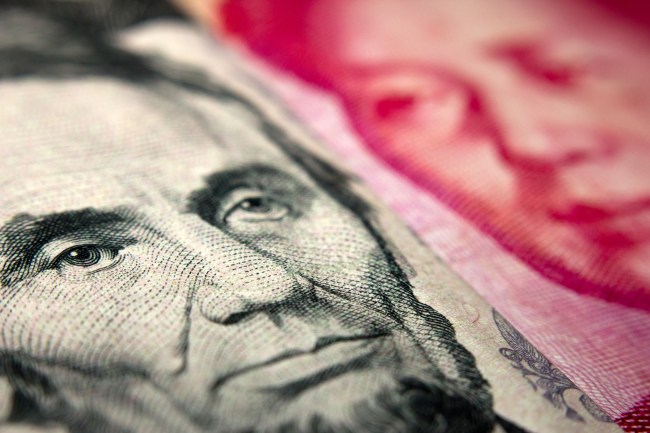 In other news, the Trump administration has begun the process of withdrawing from a 144-year-old old postal treaty that allows Chinese merchants to ship small packages to the US at severely discounted rates.

The move comes as US manufacturers grow increasingly concerned that the Chinese are using the system to undercut the domestic competition … and we all know how much Donny Trade War loves his US manufacturers.

Water Cooler Talking Point: “Does this mean prices of my knock-off “official” NBA, MLB, and NFL jerseys are going to go up? This trade war has gone far enough.”