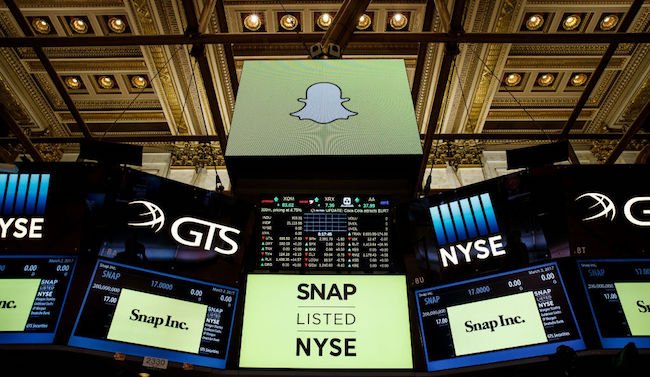 In 2011, a few Stanford students got together to make an app that totally wasn’t designed solely for people looking for a way to send nudes that self-destruct upon arrival. A few months later, the world was introduced to Snapchat, which quickly became incredibly popular among anyone who wanted a way to document their debauchery without having to worry about their aunt posting a concerned comment on a Facebook picture.

It was only a matter of time until Snapchat became a major player in the social media game. Things got taken to the next level a year ago when its parent company, the creatively-named Snap, went public with a $25 billion valuation— which increased founder and CEO Evan Spiegl’s net worth to more than $4 billion on the day of its IPO.

Based on recent reports, it didn’t take him any time to reap the benefits.

According to Tech Crunch, an SEC filing revealed the CEO had 37,447,817 units of restricted stock in his possession when Snap hit the NYSE in 2017 that was worth over $636 million. He was also the recipient of another $1 million in benefits and a paltry $98,000 salary.

Siegel might have made bank on Snapchat, but most investors haven’t been as lucky. The stock saw a steady decline in value after hitting a high of over $27 right after the IPO before bouncing back after an earning’s report earlier this month, but a much-maligned redesigned and a tweet from Kylie Jenner that caused it to lose over $1 billion in value.

I wish Spiegel, wife Miranda Kerr, and all of their money the best of luck in life together.