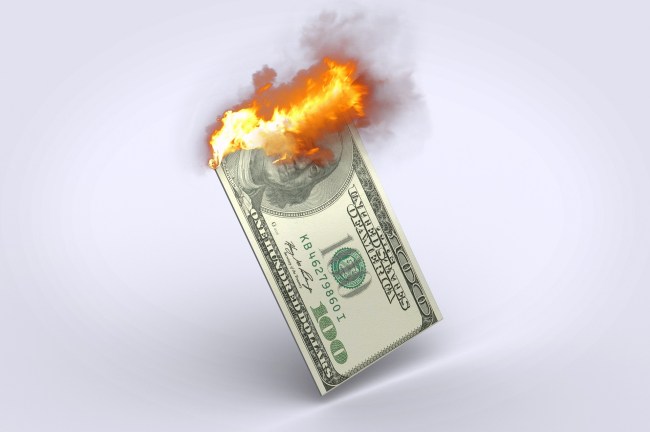 The following is one story you’ll find in today’s edition of The Water Coolest’s free daily email newsletter. The Water Coolest is a daily business news and professional advice email newsletter geared towards bros (read: expect a hearty helping of unfiltered commentary and advice on how to suck less at work). You can sign up now to get the latest news and commentary delivered to your inbox every weekday at 6 AM EST.

The markets had quite the day. The Dow dropped over 1k points as coronavirus fears kicked into overdrive. All three major US indexes fell over 3.3%, with the Dow and S&P suffering their biggest single day point and percentage drops in two years. Only the Nasdaq is still up YTD, with its other two market mates now in the red since New Year’s Day. This is NOT what I had in mind when I said ‘new year, new me’.

Reports broke that showed an increase in the number of coronavirus cases in countries outside of China. South Korea, which now has the highest number of cases outside of The People’s Republic, raised its coronavirus alert to the ‘highest level’, as the total number of civilians impacted eclipsed 800. Italy is ground zero for non-Asian countries, with three deaths and over 130 cases so far. So if you ever want to fly to Rome for cheap, now’s the time.

Oil suffered on the day, with the West Texas Intermediate (WTI) dropping more than 5%. Why? Well, China is the world’s largest importer of oil, so a further outbreak would weaken short term demand quite a bit if half the country is stuck in quarantine.

Cruise stocks also fell, as apparently nobody wants to be stuck on a boat in the middle of the Atlantic when there’s a high percentage chance they’ll get anything besides herpes. Carnival, Norwegian Cruise Line, and Royal Carribean all fell at least nine percent. Airlines, casinos, and chip makers (think Nvidia, not Frito-Lays) all suffered as well.

Do you smell that? It’s the pungent stench of a correction.

Experts (read: corona bears) believe a 10% to 15% correction may be in play, as markets had seemingly downplayed this disease and hadn’t properly baked in the severity of it globally.

With the major indexes having hit record highs earlier this month and the last major recession over a decade in the rearview, this correction might be what the market both needs and deserves (shout out Commissioner Gordon).