He Spent 90 Seconds On This Tool. 6 Months Later, His Credit Jumped By 120 Points 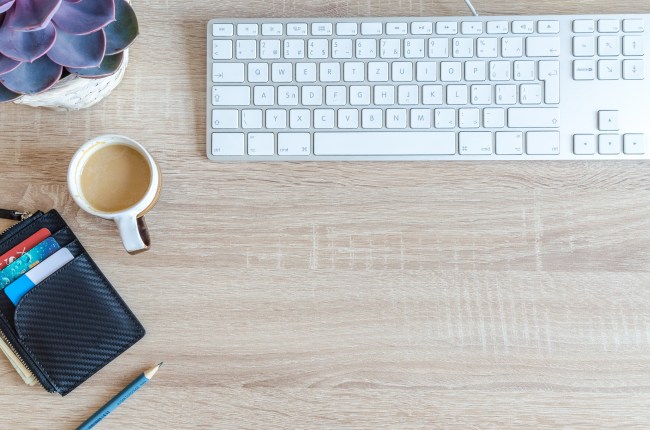 “Frankly, with the experiences we have gone through, I was embarrassed to even check my [credit] score,” says Jerry Morgan, about the years after the Great Recession, which hit him and his wife, Vivienne hard.

After the housing bubble burst, their three-bedroom home in New Port Richey, Florida, plunged into the foreclosure process.

Then Vivienne lost her job.

“No one plans on being in that situation,” says Jerry, now 52. “We just kind of kept going and stayed focused and looked forward to tomorrow. What else are you going to do?”

The situation persisted for years, but they slowly made headway. By 2017, the family’s financial situation started to look up again. So in September, Jerry decided to address the next issue: his credit score.

It hovered around 500. For context, a credit score below 650 is deemed “bad” by many credit reporting agencies.

Since September 2017, Jerry has kept tabs on his credit for free by signing up with Credit Sesame. Following recommendations from the service, he raised his score 120 points in six months.

As of our conversation with him in February 2018, Jerry had been following recommendations from the Credit Sesame app for six months. He made moves to increase his score and get it back on track.

Before coming across Credit Sesame, Jerry hadn’t bothered to check his credit score in, well, quite a while. He says finally getting his finances on stable ground encouraged him to take a peek at this three-digit number.

He read about Credit Sesame through The Penny Hoarder and decided to give it a go.

He signed up for a free account and, surprisingly, didn’t feel immediately overwhelmed. Sure, his credit score was in the low 500s, but he was able to see a clear breakdown of what influenced his score and how he could improve it,thanks to his personalized credit report card.

The credit report card graded each of Jerry’s credit factors A through F, just like in school. He received grades for:

The platform also gave him advice on how to lower his credit utilization rate, including by opening another credit card. That might seem counterintuitive, but it actually helped his score.

Jerry also bought a new car in the fall of 2017. With a new auto loan on his credit report, his score went up again.

Jerry doesn’t have a final credit score goal in mind; he just plans to keep working to improve his financial wellbeing.

Plus, he feels more financially savvy because he understands what actually makes up his credit score.

If you’re curious, it takes about 90 seconds to sign up for Credit Sesame — no credit card required. Within minutes, you’ll gain access to your own credit report card as well as customized recommendations on how to improve your score.

So far, the service has helped Jerry improve his finances after 10 years of difficulties.

“My score now stands at 620, which it still has a ways to go, but it’s headed in a much better direction,” he says. “We will be continuing to follow Credit Sesame’s suggestions.”

Like Morgan, 60% of Credit Sesame members see an increase in their credit score; 50% see at least a 10-point increase, and 20% see at least a 50-point increase after 180 days. Credit Sesame does not guarantee any of these results, and some may even see a decrease in their credit score. Any score improvement is the result of many factors, including paying bills on time, keeping credit balances low, avoiding unnecessary inquiries, appropriate financial planning and developing better credit habits.

Carson Kohler (carson@thepennyhoarder.com) is a staff writer at The Penny Hoarder. She also uses Credit Sesame to keep tabs on her credit score and to take proactive steps in increasing it.