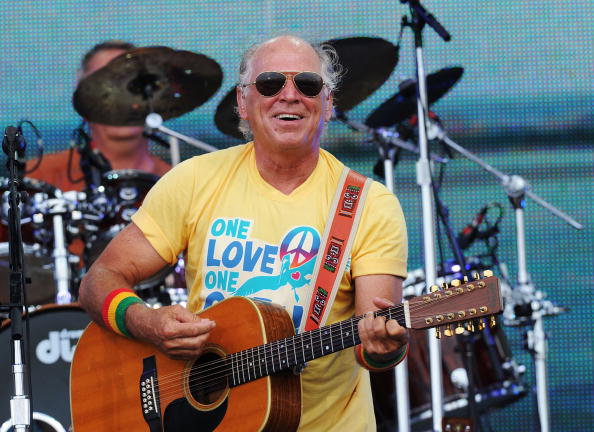 When you think of Jimmy Buffett, you imagine him on lounging in a hammock tied to two palm trees near a tropical turquoise sea while strumming a guitar as his coconut rum drink slowly melts in the heat. However, in reality, Jimmy Buffett is living a much more hard-working existence than the life of leisure that he sings about. In a New York Times profile, Jimmy Buffett reveals his busy, yet sometimes very normal and sometimes very mundane lifestyle that the beloved singer lives.

Since the 1970s, Jimmy has been singing about drinking, hanging out with friends, celebrating island life, and being barefoot on a beach. However, the real Jimmy Buffett is managing the vast empire that he created. From boat shoes to apparel to restaurants to bars to even Broadway musicals, Buffett has 5,000 employees in his multi-million businesses. Sorry Parrotheads, Jimmy’s songs are just songs and he isn’t the beach-loving free spirit that he portrays.

The 71-year-old musician is focused on his Margaritaville Cafe restaurant chain and Cheeseburger in Paradise restaurant. Buffett is also consumed with making his Broadway musical, “Escape to Margaritaville,” a great success. This winter you can’t find Jimmy in Key West, but instead, he’s spending a lot of time in wintery New York City preparing his Broadway musical. “I love the mall.” He likes to shop at Cole Haan and Bose.

But it’s not just the work ethic that’s never mentioned in his hit songs, he’s also changed his diet and drinking habits. No margaritas, sponge cake, or burgers in paradise. “I don’t do sugar anymore,” Jimmy said. “No sugar and no carbs.” Jimmy does set aside Sunday as his cheat day, but skips the rum cocktails and prefers tequila on the rocks with “a lot of water.”

Another big change in his chill lifestyle is that Buffett no longer smokes weed. Jimmy Buffett now vapes. Jimmy Buffett enjoys vaping while watching Game of Thrones. “He could be rewatching Game of Thrones, like he wants to, enjoying it even more now that he can tell the characters apart,” NYT’s writer Taffy Brodresser-Akner explains. “He could be watching Narcos, which he loves, and vaping all day.” With all that Jimmy Buffett has going on in his life, it sure sounds like he could use a tropical vacation in the Caribbean.