How To Make REAL Money From Your Previously Useless Trivia Knowledge 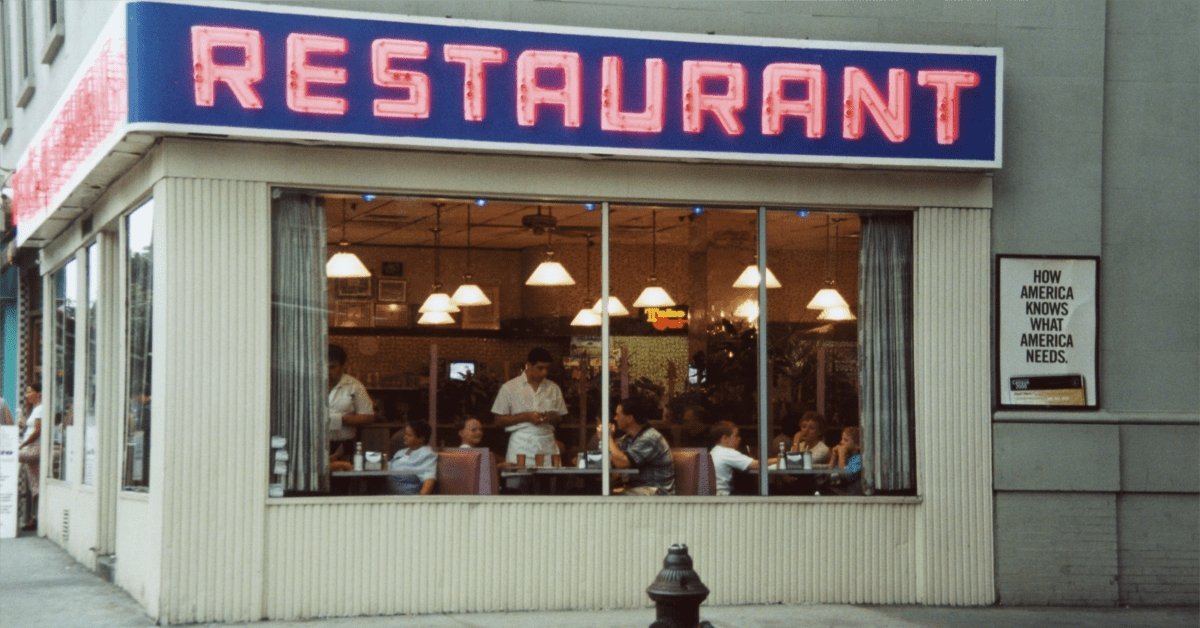 What Seinfeld character appeared on screen most frequently besides Jerry, George, Elaine, and Kramer?

What two-time Golden Globe Award winner was teammates and roommates with Lee Corso at Florida State?

Who was the first president to throw out a ceremonial first pitch?

Did you know the answer to any of these questions? If so, you could be turning those random bits of knowledge into cold hard cash monies.

How, you ask? Trivia.

To be more specific, FleetWit. FleetWit is the world’s only trivia site that allows you to win money just for knowing stuff.

Why You Should Be Winning Money On FleetWit

Trivia, fun facts, knowledge bombs… whatever you call it, we all love being right. Whether you’re drinking and playing themed trivia at your favorite local watering hole or shouting Jeopardy answers at your TV when you get home from work, we all love the thrill of trivia.

Finally, there’s a way to cash in from the countless number of wikipedia rabbit holes you’ve fallen into online — without auditioning for Jeopardy. In fact, FleetWit has awarded more than $300,000 in cash prizes to its growing base of trivia lovers. From sports to science to pop culture, there’s a place for everybody to win big on FleetWit.

Unsurprisingly, the biggest cash prizes go to 1st place winner. But some competitions pay profits to hundreds of users. For example, the biggest prize offered is $2,000 for placing 1st in an Equations Race — and it only costs $5 to enter. Even if you don’t score that top spot, 128th place doubles their investment and receives $10.

When you start playing FleetWit, you’re in good company. Seattle Seahawks cornerback Richard Sherman is a regular: He’s made over $6,000 on FleetWit in just two weeks!

With FleetWit, it’s incredibly easy to start competing in quizzes and challenges for real money.

You start with a free first time user race, like this: 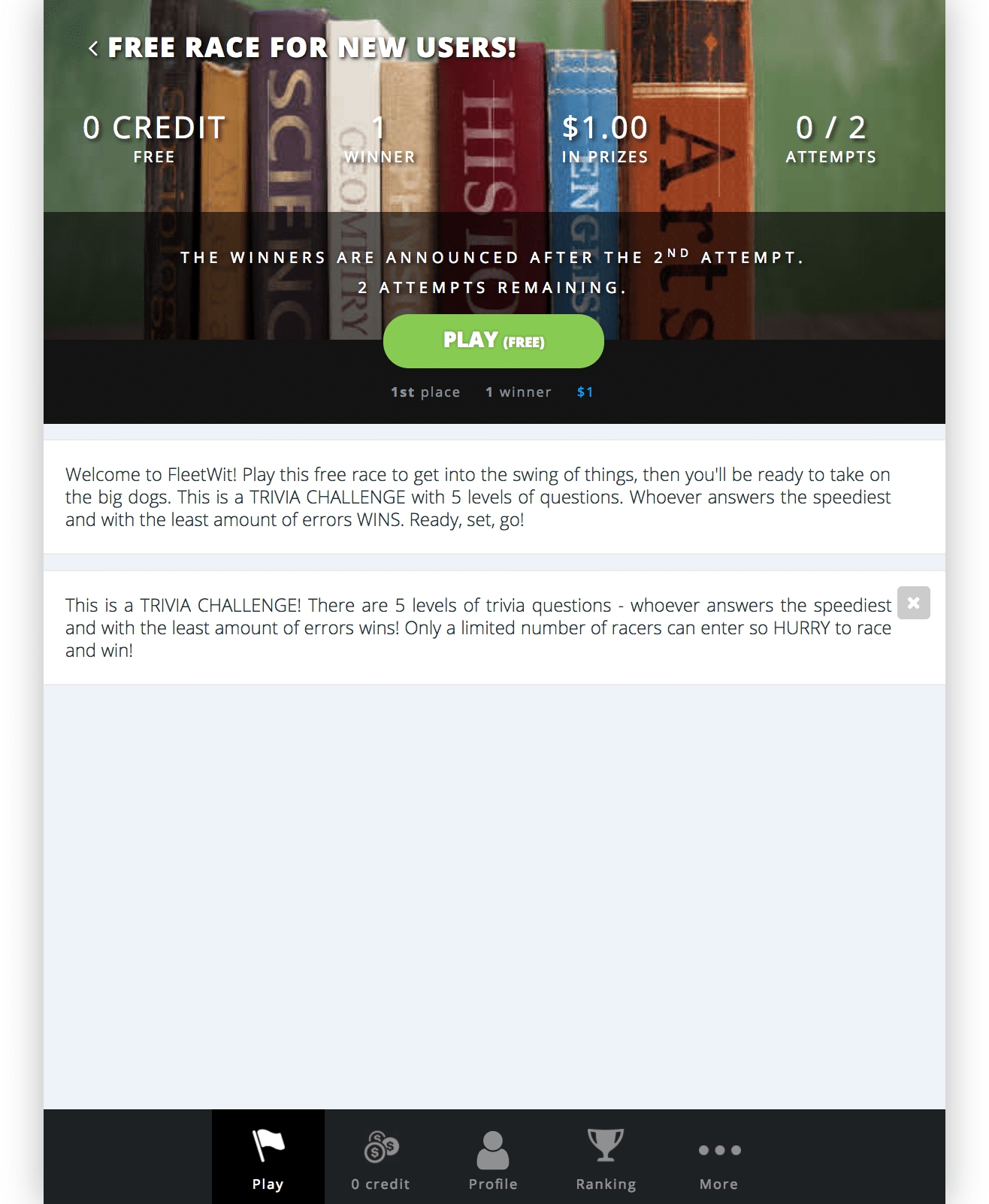 You’re faced with general trivia questions and the faster you answer them, the more points you receive. Being correct matters most, but speed is what gives you an edge over users with similar scores.

After the free first time user race, you get to select from a list of trivia races to start improving your rank and winning more money. 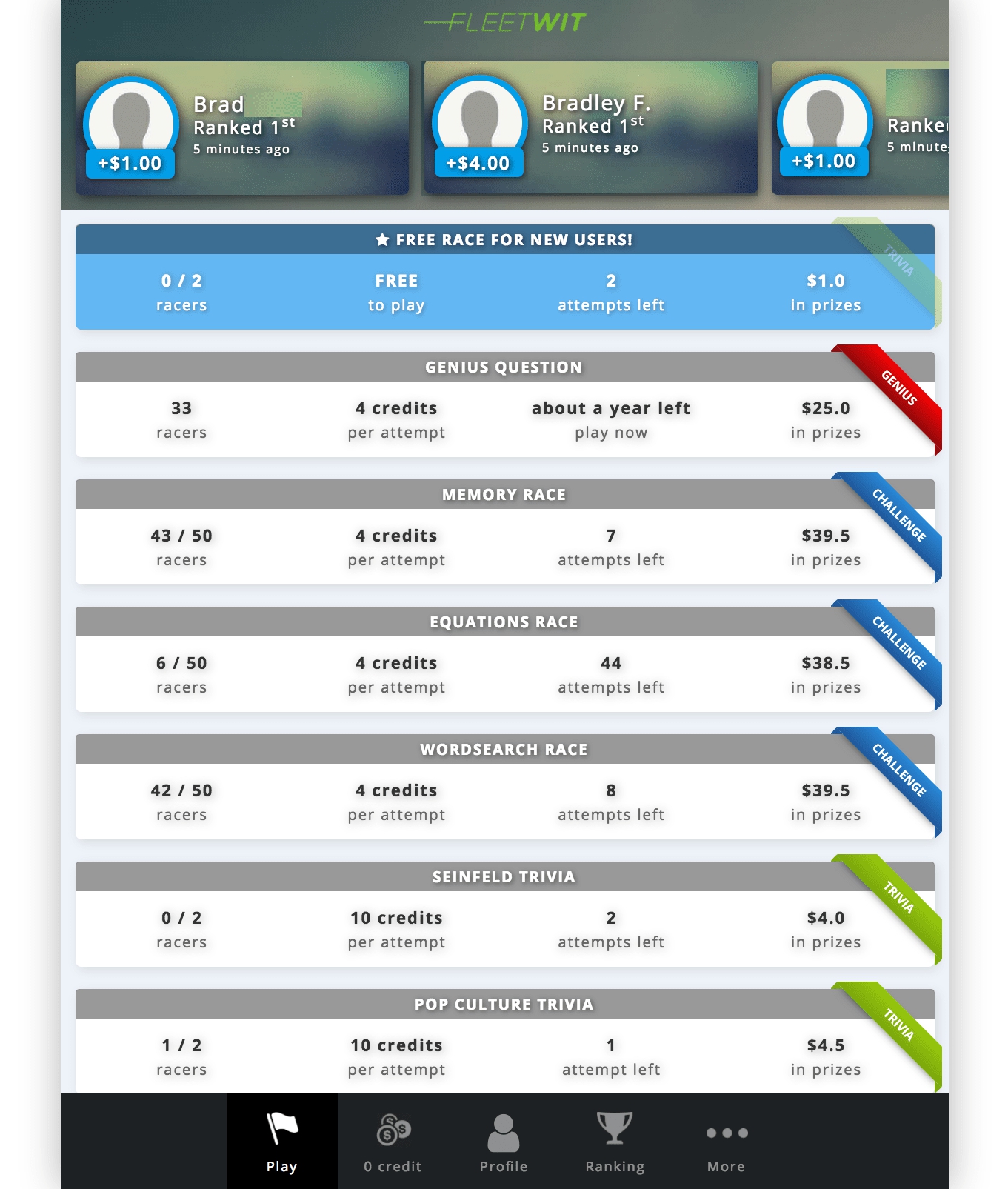 Sometimes the races are 1-on-1, sometimes you races against a pool of users.

So, if you know that Ruthie Cohen (the cashier at Monk’s Cafe) made the most on-screen appearances on Seinfeld besides Jerry, George, Elaine, and Kramer then you’re probably primed and ready for the $2.50 Seinfeld Trivia challenge.

Or, if you know William Howard Taft was the first president to throw out a ceremonial first pitch and Burt Reynolds was Lee Corso’s roommate at Florida State then you’re ready for FleetWit‘s most popular category of races: Sports.

Whether you know more than anyone else about one subject or you’ve been loading up on trivia knowledge to try out for Jeopardy, anyone can make money on FleetWit.

Now, you can start earning cash from FleetWit‘s brain games, trivia races, and other quiz challenges for absolutely free!

Of course, only if you’re smart enough…