Man Walks Into A Convenience Store To Buy Slim Jims For Dog, Hits For $10 Million On A Scratch Ticket 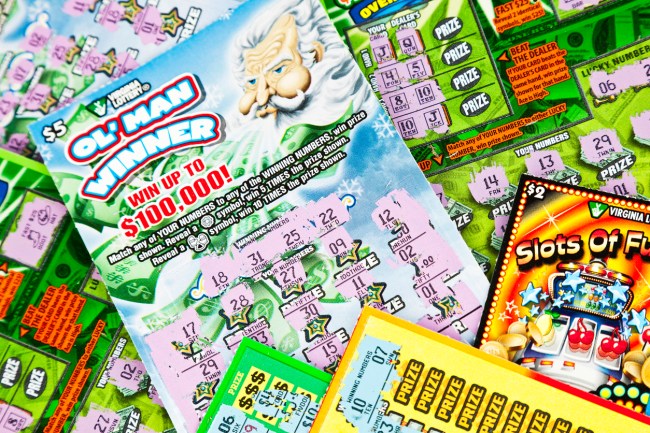 A lot of things had to come into play for 73-year-old Dale Farrand to win the $10 million prize on a scratch-off ticket, but none more essential than owning his dog named Boots.

According to the New York Post, the New York resident pulled into a Cumberland Farms convenience store to buy Boots some Slim Jims and bought a $30 Cash Spectacular scratchie.

This is entirely presumptuous, but anyone who buys a $30 scratch ticket is using their last $30. Those are just facts. I know they say you have to spend money to make money, but spending 30 bills on a scratch ticket is the ground floor of personal finance. I need to see the CCTV footage of Dale buying this ticket because I’m 100% sure you’ll be able to make out the words “Ah, fuck it” as he hands over the last of his net worth.

I’ve spent more money on scratch tickets than I have on my girlfriend of two years, but have never even looked at the $30 selection. Have any of you sociopaths bought a 30 before? I need to know.

P.S. You like that girlfriend humblebrag? I’m having sex once a week, every week. No biggie.

After he realized he won, he rushed straight home and as he was pulling into the driveway, he hit a telephone pole and passed away. Ok, just kidding.

Dale rushed home and had his wife check the ticket for him to confirm he hit a winner.

Dale and his wife will opt to take the lump-sum payment of $6.7 million after required withholdings and reportedly use the money to pay off their mortgage, make home improvements and help their children and grandchildren.

Dale Farrand of Fort Edward won $10 million on a lottery scratch off ticket. He bought the ticket while buying treats for his dog Boots at Cumberland Farms. pic.twitter.com/8YLugUQG2W

P.P.S. If there was ever a woman on the hot seat, its gotta be Dale’s wife. Decades of marriage falls on deaf ears when you’re holding up stacks of cash to them.