MANCAN Wine-In-A-Can Is The Best Way To Drink This Summer, And The Two Founders Give Us The Skinny On How The Brand Was Born 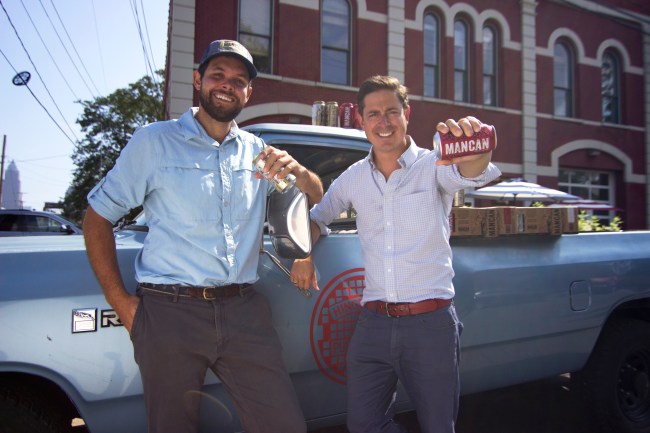 Presented in partnership with MANCAN Wine…

When most people think of great wine, they probably think of big, dark bottles that are often displayed on some bar cart or wine rack. But, don’t be fooled, because, if that’s how you’re still sipping your vino, you’re sorely missing out on an opportunity to try some award-winning styles.

That’s because MANCAN is an award-winning wine brand that’s been honored with Wine Enthusiast Magazine’s coveted “Best Buy” award an incredible five times — and this wine, unlike traditional bottles, comes in a can. No, seriously.

All of a sudden, sipping from a can doesn’t seem so bad anymore, does it?

But how did such an idea come to life? Who thinks about making award-winning wines in a can? Well, for buddies Graham Veysey and Fisk Biggar, it all started in a bar in Cleveland after a long day of construction in 2014, where Graham wanted a glass of wine, but not something from the bar’s shelves that had been there for months.

In his own words, he “wanted a mancan”… and the rest is history. 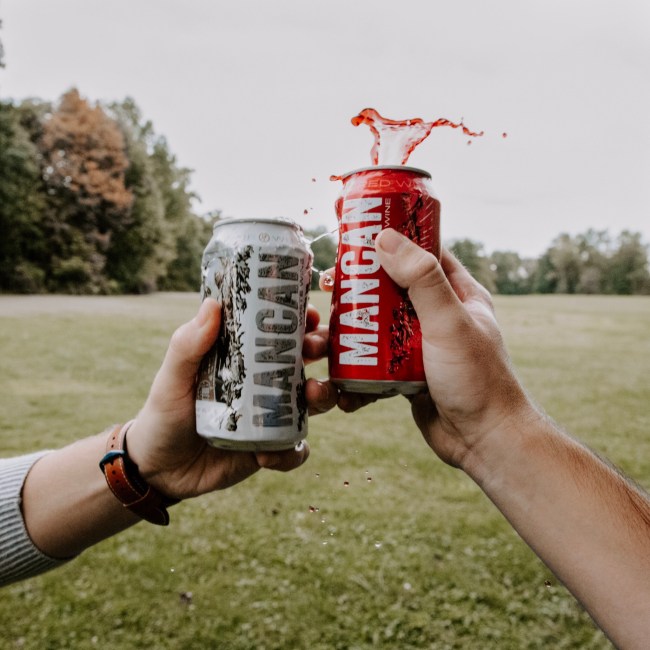 To better understand how MANCAN wine-in-a-can went from crazy idea to a full-blown (and successful) business, we caught up with the two founders to hear their story — and, oh man, has it been a wild journey thus far.

BroBible: Tell us about your background and how you got into making canned wine for a living?

MANCAN: “We’ve been friends since meeting each other at summer camp in grade school. About six years ago, Graham was at a bar and was craving wine. There were all these craft beers in cans but no wine available. ‘Why not put awesome wine in a can?’ he thought. Fisk was in business school at the time so Graham called him up and they got to work on creating MANCAN.”

BroBible: Wine’s such a competitive market, so what challenges did/do you experience with MANCAN?

MANCAN: “As the first exclusive canned wine brand, we were told by a lot of folks, ‘You’re crazy.’ We still hear that but because our wine punches above its weight class with five Wine Enthusiast Magazine Best Buy awards, we’re taken a bit more seriously today than when we launched.”

BroBible: Can you tell us how you solved this/these challenge(s)?

MANCAN: “We always say it is better to drink our canned wine than talk about it. Getting our canned wine in the hand of a doubter is always the best way to overcome someone’s skepticism.”

BroBible: OK, so why drink canned wine? What differentiates it from other wines out there?

MANCAN: “First off, no stemware needed. Second off, you are getting award winning wine at a fraction of what we probably should be charging for it…less than $5/can which is half a bottle. Canned wine is also way better for the environment as cans are easier to recycle and weigh way less than bottles which mean they ship more efficiently.”

BroBible: Let’s talk products: What should we look for from MANCAN?

MANCAN: “We wanted to take the pretentiousness out of drinking wine. With MANCAN you get awesome wine in a proven package and it is at a price point that makes it something that doesn’t break the bank if you crack one open everyday.”

BroBible: And you’ve won some prestigious awards for your wine, was that sort of an “a-ha” moment? Like, OK, this is real.

MANCAN: “Graham’s brother made the comment when we won our first tasting award: ‘Whoopdy-doo, you won the canned wine category… steep competition.’ When we told him it was up against bottled brands as well, it was that a-ha moment.””

BroBible: As Entrepreneurs, what are some tips you’d give to someone looking to start their own company?

MANCAN: “It can sometimes feel like a slog but if you have a good truth, you have to keep going.”

BroBible: Where do you get the inspiration for your wine varieties?

MANCAN: “We wanted to have blends that had universal drinkability. It is 100 percent California wine so you get that easy drinking casual experience every time you crack open a can.”

BroBible: How long is the process of making MANCAN wines, just to give an idea of the care that goes into the deliciousness.

MANCAN: “Our canning line is in Sonoma. When you actually realize the years that go into growing the vines where the grapes are harvested and then the crush and blending, it is truly a multi-year feat.”

BroBible: Where can we find MANCAN? Just online, or is available in retail, too?

MANCAN: “It can get delivered right to your door by buying on mancanwine.com. We’re also on BOXED and then at retailers like Whole Foods, Meijer, Walmart, Hannaford, Rouses, and cool bars like Bad Axe and a variety of other spots.”

BroBible: Any collaborations or limited edition wines coming from MANCAN?

MANCAN: “We have a partnership with our hometown team the Cleveland Browns. We’ll probably do a line late this summer where our cans don the brown and orange.”

BroBible: Where do you envision the brand being in three years from now?

MANCAN: “Hopefully in three years, it will be in the fridges of everyone reading this.”

In addition to all the success and recognition MANCAN has received within the wine community, the brand also recently took home the silver prize in the FedEx Small Business Grant Contest, receiving a $30,000 grant to put towards the business. With more than 4,100 entrants and 720,000 online votes, MANCAN distinguished itself as one of the lead companies — only adding to the success Graham and Fisk have already received to this point. 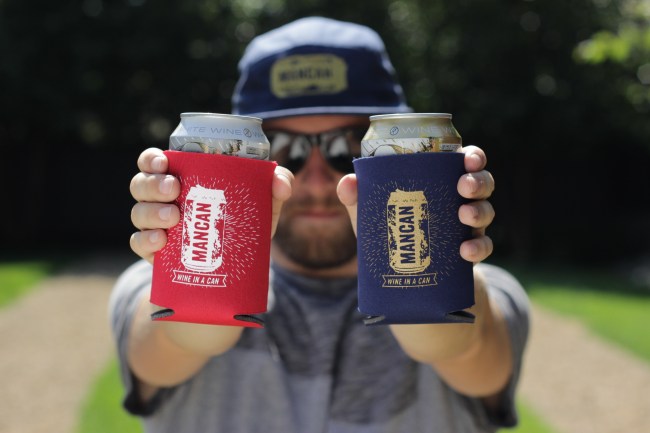 Thanks to MANCAN‘s mobilized wine-in-a-can, you can easily store it in a fridge or on a bar cart, toss it in a backpack for a (safely) socially distanced happy hour in the park, or, better yet, bring a couple of cases on a boat to soak up some rays with.

Available in four delicious varieties, no matter what you’re looking to sip on, MANCAN has you covered. Take a look at the options below.

While MANCAN is available across the U.S. at major retailers like Whole Foods, Walmart, Meijer and others, since most of us are still practicing social distancing orders, it’s best to go ahead and navigate MANCAN’s online shop, where you’ll find a bunch of mixed pack and 8-packs of the different varieties. 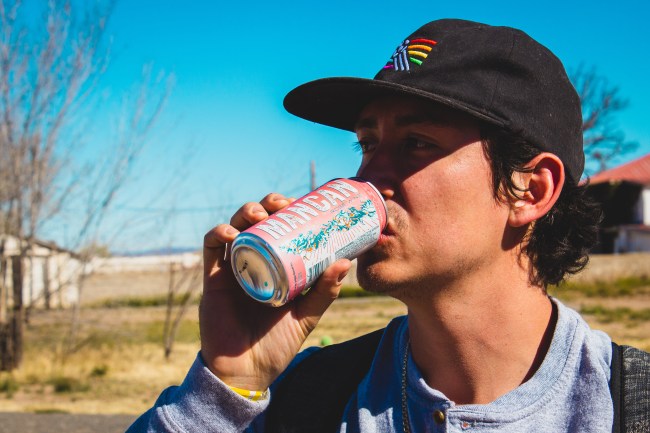