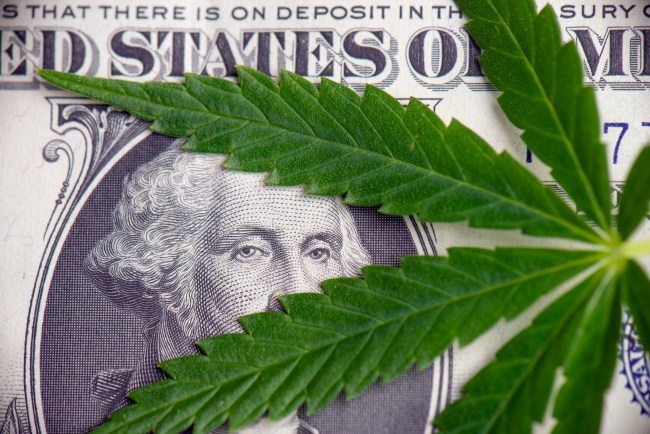 The era of marijuana prohibition is slowly coming to an end. For generations, marijuana was demonized as the Devil’s Lettuce and millions of Americans have spent years behind bars because of strict laws that are being lifted across America.

Eleven states have legalized recreational marijuana use for adults over the age of 21 and 33 states have legalized cannabis for medical use. That number will only continue to grow as every state that legalizes marijuana sees an immediate positive impact on the economy, not to mention the potential health benefits for patients suffering from chronic medical conditions.

The cannabis industry in America is EXPLODING and that means there are some VERY lucrative potential investment opportunities out there. There was $3.4 billion in legalized marijuana sales in 2014 and it’s gone up exponentially since then with forecasts making this a *MUST WATCH* for any serious investor.

This includes the best CBD products out there treating everything from anxiety, athletic injuries, and sleep disorders to pre-packaged THC-infused vape pens that take refillable cartridges and are making an absolute fortune for manufacturers.

A 350-page report on marijuana growth projections from Wall Street was just released and it is truly an eye-opener. This industry is offering returns you won’t find elsewhere. The “State of the Legal Cannabis Markets” report was released last week and its findings are making headlines all over…There’s also a crazy chart below you need to see (via Yahoo! Finance):

The headline figure that I’m sure everyone wants to know is what total worldwide sales will look like by the time 2024 rolls around. According to actual legal pot sales figures from Arcview Market Research and BDS Analytics between 2014 and 2018 and estimates between 2019 and 2024, here’s how things shake out:

If you have any trepidation about getting involved as an active investor in the marijuana industry, here’s a chart from Yahoo! Finance that shows the 2018-2024 side-by-side projections from Wall Street:

The future looks BRIGHT for the marijuana industry. Our country might be a total shitshow politically right now but a strong majority of Americans are in favor of legalizing marijuana and that number is only growing more by the day as younger Americans are able to vote.

For more on this story, you can click here to visit Yahoo! Finance.