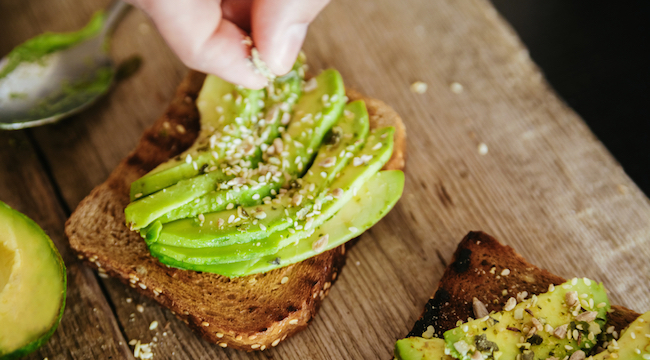 Avocados are so hot right now. So hot in fact that a restaurant has opened that only serves dishes and smoothies made out of avocados. The protein-packed green, creamy fruit (Yes, it’s a fruit, in particular, it is a single-seeded berry) is so desired that Shark Tank‘s Mark Cuban invested $400,000 into this avocado-only restaurant.

In a Shark Tank episode from last week, investors Barbara Corcoran and Mark Cuban each invested $200,000 for a 10% stake in Avocaderia, an avocado-only restaurant. The celebrity investors gave the Brooklyn-based avocado joint a $2 million valuation. The investors believe the thirst is so strong for avocado fare from millennials that there is a future for a restaurant. Fun fact, the avocado is also known as the “alligator pear” and “the apple of the winter.”

Avocaderia serves a variety of avocado-based dishes including salads, sandwiches, bowls, avocado smoothies, vegan chocolate mousse made of you guessed it… avocados, and of course avocado toast. The fast-casual avocado-themed restaurant was founded by Alessandro Biggi, Francesco Brachetti, and Alberto Gramini. Thanks to the national exposure and the backing of the Shark Tank investors, the trio are preparing to take their avocado eatery nationwide.

Two years ago when Biggi was in Seattle, he came up with the idea for the avocado-only restaurant. “I wasn’t the best chef … but one thing I could make was avocado toast,” Biggi told Business Insider. Biggi called Brachetti, who at the time was living in Mexico, the land of avocados. Within a year they opened “the world’s first avocado bar.”

Avocaderia serves approximately 250 people per day, and they average about 25 cases of avocados per week. That’s a lot of avocado hand injuries. Biggi hopes to open 20 more locations in the next five years with the first expansion is happening in Manhattan within the next six to eight months. The trio has allegedly received 50 franchising requests since the store opened and hope to open locations in other health-conscious cities such as Los Angeles, San Diego, and Miami.

Rise and shine NYC ☀️ it's a beautiful day, the sun is up, avocados are ripe and, as usual, we are spreading the love at Industry City. 🥑✌ . . . . . #industrycity #smashedinNYC #avocaderia #avocadotoast #foodporn #avocado #healthy #tasty #goodfood #spreadthelove

What better way to start your weekend than with an #avobreakfast? 🥑🍞 We went for our signature #avotoast with smoked salmon and boiled egg. How does that sound??😊✌ #newforkcity #avocadolover #goodfood #foodie #foodspiration #foodporn #avocado #smashedInNYC

Simply Thank You. Your support and love after the airing of the @sharktankabc episode has been incredible. Our mission is to build a happier and healthier lifestyle and it’s amazing to see how many of you Avo Lovers are already part of this movement… and this is just the beginning 🙏🏻💚🥑 . P.s. this picture is from our opening day by @eatingnyc . #avocaderia #avocado #avocados #healthy #happy #sharktank #shark #abc #tv #show #thankful #happy #avo #avolove #newyork #newyorkcity #brooklyn