Mark Zuckerberg Is Now The Third-Richest Person In The World 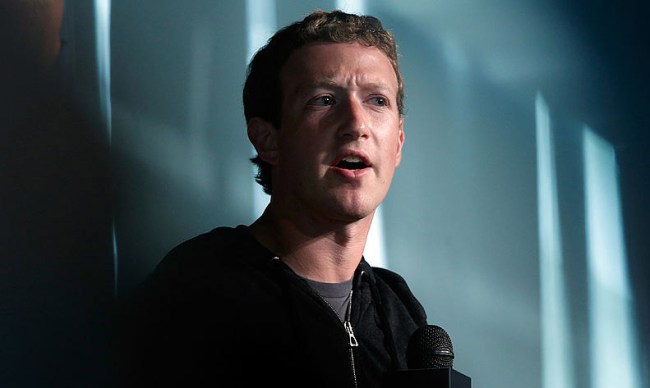 Mark Zuckerberg has positioned himself as a modern-day John D. Rockefeller, Andrew Carnegie, or Cornelius Vanderbilt. Despite the past year of data scandals, testifying in front of Congress, and security breaches, Facebook’s stock has continued to roll along and has provided Zuckerberg with unimaginable wealth. On Friday, the 34-year-old Mark Zuckerberg became the wealthiest he’s ever been and third-richest person in the world.

On Friday afternoon, Facebook shares rose by 2.4% and closed at a record $203.23. Increasing Zuckerberg’s wealth to $81.6 billion, making him the third-wealthiest person alive after jumping ahead of Warren Buffett’s net worth of $81.2 billion. Zuckerberg only trails Microsoft co-founder Bill Gates ($94.2 billion) and Amazon CEO Jeff Bezos ($142 billion) in Bloomberg’s billionaire index. This the first time in history that the three richest people in the world are all from the tech industry. Zuckerberg could drop off the list in the future because he has pledged to donate 99% of his Facebook shares for charity during his lifetime. Zuckerberg has sold $3.58 billion worth of shares this year. Better start hustling if you want to have a net worth of $81.6 billion by the time you are 34-years-old or if you’re older than Mark, it’s time to start wondering why you haven’t made your first billion yet.