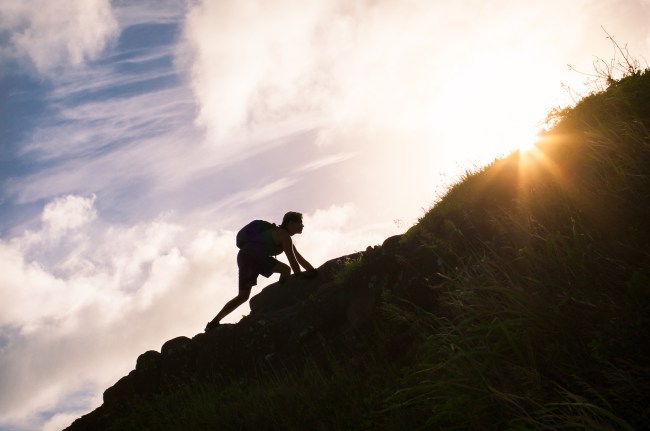 David Goggins is one tough son of a bitch.

He’s been through hell and back in life and as a Navy Seal.

Goggins is a retired Navy SEAL and is the only member of the U.S. Armed Forces to complete SEAL training (including two Hell Weeks), the U.S. Army Ranger School (where he graduated as Enlisted Honor Man) and Air Force Tactical Air Controller training.

Besides his military service, Goggins is an accomplished endurance athlete and completed over 60 ultra-marathons, triathlons, and ultra-triathlons.

He set new course records and regularly places in the top five in every race he runs.

Goggins once held the Guinness World Record for pull-ups completing 4,030 in 17 hours.

The 44-year-old New York native has shared his story on podcasts, in interviews, and in his book.

In this video from Fight Mediocrity, Goggins explains how he built “callouses in his mind” to withstand all of the crap life threw at him.

“What I realized was that in order for me to become the man I wanted to become, I saw myself as the weakest person God ever created.”

Hopefully, none of us go through the personal hell at Goggins suffered through, but maybe something close, because it’s the only way to build mental toughness that will last a lifetime.