Papa John’s And Wendy’s Have Rough Quarter; Aegean To File For Bankruptcy

Don’t have 3 minutes and 53 seconds to read The Water Coolest? Listen on all of your favorite podcast outlets in 2 minutes or less.

One of the worlds largest suppliers of physical marine fuel (because apparently there is a large market for the make-believe variety) has filed for Chapter 11 bankruptcy. The news comes on the heels of the Greek company’s auditors finding a $300M shortfall in its books. ” ¯\_(ツ)_/¯ ” – Aegean management, probably.

The company alleges that more than a dozen rogue employees went full “fractions of a penny” on Aegean. Almost $300M was siphoned to a company called OilTank Engineering & Consulting in 2010 as part of a deal to build a ship bunkering terminal in the United Arab Emirates. Sooo what exactly have Aegean’s Arthur Anderson’s been doing for the past 8 years?

But wait, there’s more! An audit was initiated following another less-than-scrupulous going on (shocker!). Aegean’s founder, Dimitris Melissanidis, a man whose name just screams Greek yogurt mogul, was bought out of his shares in the company in 2016. But he remained on the payroll as a consultant. After a proposed $367M purchase of Mr. Melissanidis’ other company (HEC Europe) fell through earlier this year, the Feds started sniffing around and launched an investigation June.

Aegean has secured $532M in post-bankruptcy funding from a Swiss-based commodity trading firm. Shares of the company which were halted on the NYSE hit 66 cents on Monday.

Water Cooler Talking Point: “So does this technically fall under maritime law jurisdiction?” 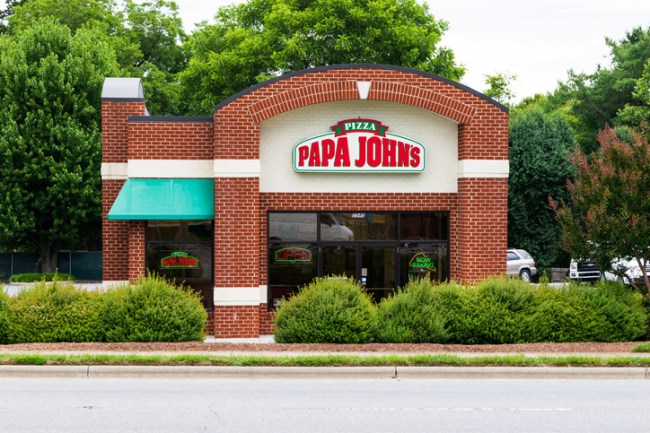 Apparently erasing the memory of your slur-slinging former CEO is pretty pricey, especially when his name is on the front of your stores. Papa John’s, which spent $3.6M to repair its sullied image following the departure of embattled CEO John Schnatter, saw losses of $13M in the third quarter.

Wendy’s losses, on the other hand, can be attributed to much more wholesome reasons, like a good old-fashioned price war. The company, who saw losses for the first time in 8 years, has been competing with the likes of Burger King and McDonald’s, who are enticing diners with severely discounted food. Did someone say 10 nuggets for a dollar?

Wendy’s is expecting to see only a 1% rise in same-store sales for the year, compared to a forecasted 2.5%. The company cites labor costs eating into margins as a culprit for its poor quarter.

Water Cooler Talking Point: “All Wendy’s can do now is hope that audio leaks of the Ronald McDonald using a racial slur to describe Grimace.”