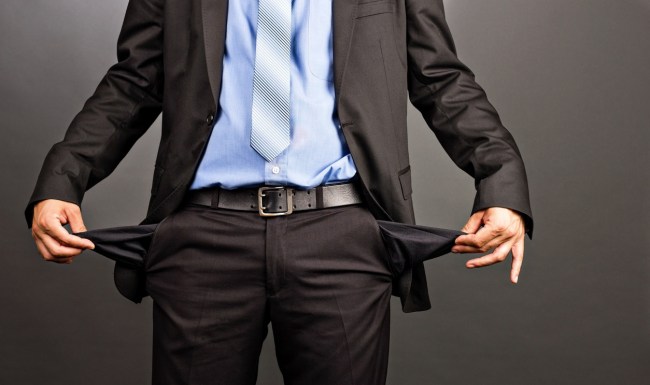 Purdue Pharma, the maker of OxyContin is considering filing for bankruptcy to help stop the bleeding as thousands of pending lawsuits threaten to overwhelm the company. Because apparently, Chapter 11 bankruptcy is to opioid-related death lawsuits as Cellino & Barnes is to slip and falls.

In case you’ve been living under a rock, opioid addiction has been deemed an epidemic by the CDC and threatens to rip apart the very fabric of our society. And much of the blame falls on Purdue, who has not only sold the painkillers since 1995 but allegedly has lied about their addictive properties.

More than 1.6k cities, counties, and states are suing the pill peddlers for sparking a public health crisis and taxing healthcare systems across the US. And this isn’t the first court battle that gave the Sackler’s (Purdue is closely held by the Sackler family) an opportunity to prove “I got a few dollars I can fight the case.”

In 2007 Purdue paid $634.5 million in penalties to settle civil litigation related to lying about … welp, the very thing it continues to lie about.

Should Purdue follow through with the legal maneuver, the company would join the crème de la crème of degenerate corporate citizens. PG&E and US Gymnastics have recently used the tactic (filing Chapter 11) to avoid lawsuits for their egregious misdeeds.

Chinese Premier Li Keqiang is expected to announce that the country will reduce its Value-Added Tax by 3% for the manufacturing sector. Morgan Stanley estimates that the reduction could be worth 600B Yuan ($90B) and as much as a 0.6% bump in GDP.

The idea is that lowering the VAT will increase corporate profits and help stimulate the slowing economy. If you’re saying “Damn, why didn’t we think of that?” … it’s time to brush up on the US tax code because Uncle Sam doesn’t do VAT.

A value-added tax (in countries that have it) is applied to products as they churn through the supply chain. In this case, China’s manufacturing sector has a 16% VAT. Meddling with the VAT seems to be the last resort for the People’s Republic as debt-fueled spending and monetary policy are largely off the table.

Cue the 2Pac. Changes are coming to Turner, Warner, and HBO.

Say goodbye to HBO Inc and Turner Broadcasting … as independent entities. And say hello to WarnerMedia Entertainment, the new home to HBO, TNT, TBS, truTV, and (in the back half of 2019) Warner Media’s streaming service.

Everyone will keep their jobs, right?

Very unlikely, and here’s why: AT&T currently has the most debt of any non-financial company, sitting at roughly $170B. This shakeup will likely lead to significant layoffs, which will help the company meet its synergy targets of $1.5B in annual savings with an additional $1B in revenue synergies.