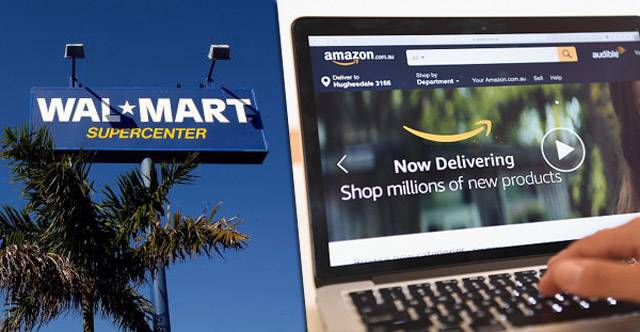 Ryan Grant, 29, of Minneapolis, quit his accounting job in September of 2013 to start a full-time business buying cheap items from Walmart and selling them on Amazon and now he makes millions. Seriously. And he’s been making serious money doing this since he was in college.

While at Winona State University, twice a year Grant would set up textbook buyback events then list the books on Amazon and make a tidy profit of up to $10,000 a year.

After college, while working at his accounting job, Grant decided to expand to flipping items other than textbooks as a nice little side hustle.

“I was putting in about 10 hours per week and I was making in the ballpark of $1,000 per month,” he recalls. Once he was able to make the same kind of money reselling on Amazon as he had made at his accounting job, in September 2013, he quit.

“I was confident that if I had full-time hours to dedicate to selling online that I would be able to more or less scale that up,” Grant says. Just three months later, in December, he notched $9,000 in profit on over $25,000 in total sales.

“Making that amount of money in one month was a big boost in my confidence to be able to scale up further from there,” he says.

Suddenly this side hustle had turned into a full-blown business and he had to hire his first employee to help him out. And the more Grant did it, the better he got at figuring out what items to buy for resale, such as discounted candy after Halloween and marked down Christmas decorations in January.

“I went from just me in this business doing around three-to-five thousand dollars in sales per month and now, four years later, we’re a team of 11 and we’re doing well over $200,000 in sales per month,” Grant says. The team had to move to a warehouse that’s over five times as large as their first this past July.

Since he started selling on Amazon, Grant says the business is on track to top $8 million in total sales by the end of this year. Profits are heavily reinvested back into the company, though Grant was still able to take a salary of around $150,000 when he was working for the venture full time.

Pretty amazing stuff. I just have one question though… why didn’t I think of doing this?